I want my 6kg gold back: Rushwaya

Source: I want my 6kg gold back: Rushwaya – NewsDay Zimbabwe 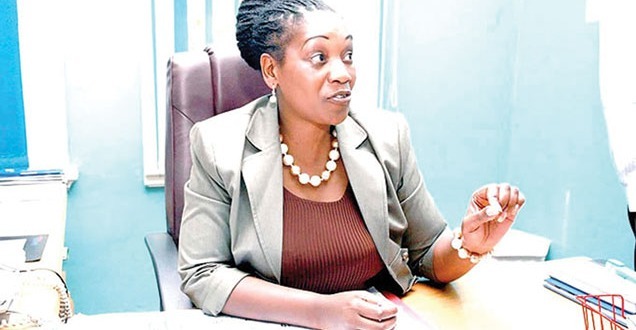 SUSPENDED Zimbabwe Miners Federation (ZMF) president Henrietta Rushwaya, who is being accused of attempting to smuggle 6kg of gold worth US$333 000 out of the country, yesterday said she will claim back her confiscated gold as she was confident of her acquittal.

In her application for bail, Rushwaya through her lawyer Tapson Dzvetero, denied allegations of attempting to smuggle the gold to Dubai, describing the State case against her as weak.
She told magistrate Ngoni Nduna that the gold in question was legally hers and if she was acquitted, she was entitled to get it back from Fidelity Printers and Refiners.

The State had initially consented that Rushwaya be granted $90 000 bail, but later withdrew the consent after Nduna ordered submission of compelling reasons why she should be granted bail.

Dzvetero said Rushwaya did not intend to smuggle the gold outside the country, but had only taken the wrong travel bag unknowingly.

“My client told this court that the bag she had carried contained gold, but she mistook it with her other bag which contained her clothes, foodstuffs and other personal belongings,” he said.

“She could not have been naive to bring gold through the airport which she knows has detectors. She could not expect to pass freely without being detected, especially considering that the gold was not even concealed.”

Dzvetero also told the court that Rushwaya was eligible for bail since she did not attempt to dodge the detectors at the Robert Gabriel Mugabe International Airport before her arrest on October 26, adding that if she indeed intended to smuggle the gold, she would have evaded the scanners.

“It is not in dispute that she was found with a bag with gold at the airport. What is in dispute is knowledge that the bag had gold,” Dzvetero said.

“My client does not dispute having gold at her home as she is a fully-fledged miner with several mines through her companies such as Realm Technologies. She also has a gold buying agency permit.”

Dzvetero denied allegations that Rushwaya attempted to bribe an official, arguing that she had no money in her possession.

He said the US$5 000 bribery allegations levelled against her were mere fabrications to incriminate his client as Owen Sibanda, the Civil Aviation Authority of Zimbabwe official she is alleged to have offered the bribe did not mention the matter in his statement to the police.

In his submissions, Dzvetero stated that Rushwaya had no history of absconding court cases since she previously had allegations involving huge sums of money, but she attended the court hearings.

Rushwaya’s alleged accomplice, Muhammad, through his lawyer Tinashe Robin Tanyanyiwa in his plea for bail, submitted that his client was a businessperson with investments worth over US$50 million and, therefore, could not abscond to evade a weak State case with no concrete evidence linking him to the crime.