The Institute of Chartered Secretaries and Administrators in Zimbabwe (ICSAZ) has re-elected as its president Taona Munzvandi, who is managing director of Daxilon Security and former chief executive of the Grain Marketing Board Pension Fund. 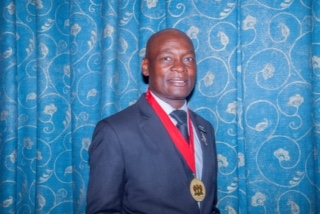 Competition and Tariff Commission head of finance and administration Jonathan Dube and entrepreneur Sithembile Ncube were elected vice-presidents. This is Mr Dube’s second term as vice-president.

Speaking after being re-elected as president, Mr Munzvandi said the country’s economic situation was showing signs of improvement. He said the Institute and its members had a role to play in supporting government initiatives and implementation of the National Development Strategy 1.

“With measures to support stability, economic recovery can be sustained, anchored on currency stability. We have to play our part in supporting government initiatives and implementation of the National Development Strategy, which aims to make Zimbabwe a middle income economy by 2030,” he said.

He pointed out that the institute was celebrating its golden jubilee this year, having been established in Zimbabwe by an Act of Parliament in 1971, and would be rebranding this year, changing its name to the Chartered Governance and Accountancy Institute in Zimbabwe, in line with the rebranding of the global Institute of Chartered Secretaries and Administrators, which has changed its name to the Chartered Governance Institute.

Mr Munzvandi, who is a Registered Public Accountant, set up the Grain Marketing Board Pension Fund from scratch in 2001 and was its chief executive until 2019, when he established his own company. He had previously worked for Fidelity Life Assurance, the Mining Industry Pension Fund and the Auditor General’s Office.

He is an accomplished speaker, facilitator and presenter at pension fund conventions internationally. He is chairman of Premier Knowledge Consultant Centre – South Africa and a board member of the Zimbabwe Association of Pension Funds.

Mr Dube, who is an expert in International Public Sector Accounting Standards (IPSAS) and management accounting, holds an MBA from the University of Zimbabwe and a Bachelor of Commerce Accounting (Honours) degree.

A Registered Public Accountant (RPAcc) and a member of several professional accounting bodies, he has held managerial positions in both the public and private sector in such varied sectors as health, petroleum, manufacturing, agribusiness and agro-chemicals.

Ms Ncube has extensive experience in finance, administration and corporate governance at a senior level in the private, public and non-governmental organisation sectors. She is a specialist in enterprise and rural economic development, a training consultant and an entrepreneur in the retail and farming sectors. She is a non-executive director at ORAP, MCZ Bookshop and the Zimbabwe Parks and Wildlife Management Authority.