Back from emergency treatment in Cape Town, South Africa, Zimbabwe’s Vice President Constantino Chiwenga uses an appearance on state media TV to state that he is “alive and well”. 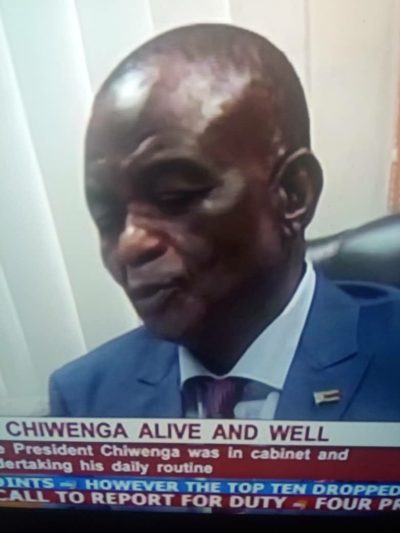 Chiwenga was receiving treatment in South Africa, the second time in four months, after falling ill last week. He initially checked in at a private hospital but travelled to Cape Town for further treatment.