In locked down Zimbabwe, authorities summon students over unsanctioned gathering

AUTHORITIES at Great Zimbabwe University (GZU) have hauled five students to appear before a disciplinary committee answering to charges of misconduct after they allegedly organised an unsanctioned gathering at the campus.

Source: In locked down Zimbabwe, authorities summon students over unsanctioned gathering – The Zimbabwean 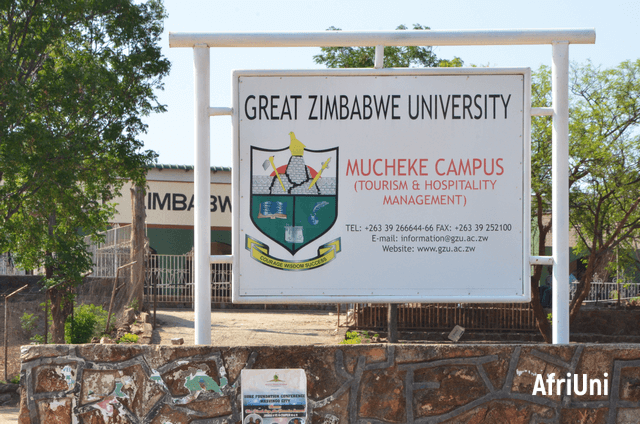 The five namely Pension Maputeya, Calvin Muvheyi, Maurice Magodi,
Blessing Bvunzawabaya and Rutendo Chirume will appear before the
disciplinary committee on 17 August 2021 at Herbert Chitepo Law School
in Masvingo province after they were accused of acting in a manner
that was harmful to the university’s interests and allegedly violated
the university’s rules and regulations as well as some measures put in
place to curb the spread of coronavirus.

Initially, the matter had been scheduled to be heard on 2 August 2021,
but the students’ lawyer Martin Mureri of Zimbabwe Lawyers for Human
Rights argued that most of the students were not served with the
requisite papers outlining their alleged offences as they were out of
Masvingo province and proceedings could also not commence since
intercity travel was banned by government through a Level 4 National
Lockdown imposed in June and which has since been extended.

According to a charge sheet prepared by GZU authorities, Maputeya,
Muvheyi, Magodi, Bvunzawabaya and Chirume allegedly convened an
unsanctioned gathering on 29 June 2021 at GZU at Mashava campus and
started singing causing disruption to the university activities.

Authorities charge that the students contravened Ordinance No. 2 of
GZU and also contravened Section 3(3.1.4 of the Ordinance No. 2 of
Great Zimbabwe University Student Conduct and Discipline 2004 and
Section 27(1)(i) of Great Zimbabwe University (Act 11 of 2002), which
prohibits students from engaging in any conduct whether on or off
campus which is or is reasonably likely to be harmful to the interests
of the university, members of the university staff or students.