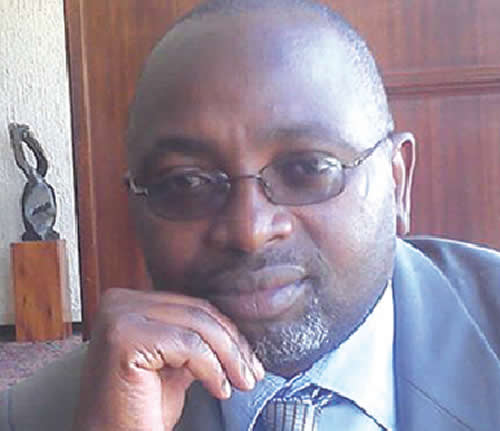 Dumisani Nsingo, Senior Business Reporter
THE removal of the local ownership requirement for foreign investment by the Government will be a springboard for a huge boom in the country’s mining sector, officials have said.

In the mining sector, the proposed amendment would confine the 51-49 percent indigenisation threshold to only two minerals, namely diamond and platinum.

“We are getting overwhelmed with enquiries from potential foreign investors that are seeking clarity on the proposed amendment of the indigenisation policy as well as existing investment opportunities especially in the gold industry.

“It’s only that we are in the festive season otherwise a number of investors would have started flocking into the country. We are expecting a boom in investment this coming year, which will be good for small-scale miners who have the resource but lack adequate funding to boost their operations,” said Mr Kaguru.

In a bid to capacitate small-scale gold producers mainly with accessing inputs and key equipment, the Government through the Reserve Bank of Zimbabwe (RBZ) introduced a $40 million Gold Development facility.

The $40 million package is administered through the Central Bank’s arm — Fidelity Printers and Refiners (FPR).

The move followed realisation of the increasing contribution of the sector to mining output and export earnings.

Mr Kaguru said the policy reforms being put in place by the country’s new administration were likely to enhance Foreign Direct Investment inflows.

“The openness of President (Emmerson) Mnangagwa’s policies has given a lot of confidence to investors and assured them that whatever projects they have are going to be supported and guaranteed by the Government. That fear of losing investment has been cast out,” he said.

Mr Kaguru, however, said there was a need for the Government to expedite the amendment of the Mines and Minerals Amendment Bill, which seeks to repeal the principal Act crafted in 1961.

“The current Mines and Minerals Act is archaic and with most of the regulations no longer applying in the present setup doesn’t benefit small-scale miners and it also promotes big mines to hold onto claims for speculative purposes.

The draft amendments seek, among other things, to cut out speculative tendencies which were rampant among grant holders, establish the cadastre system, which is vital for ease of title management, as opposed to the current manual system which is prone to human error and corruption. They will also ban mining which degrades the country’s environment and plug loopholes created by lax systems.

The draft amendments also seek to prevent abuse of power, improve the contract awarding process through the Global Positioning System and remove arbitrary distinctions between base and precious metals.

Further, it is expected that the draft Bill will reduce abuse of power through checks and balances on executive decisions, clarify technical and financial qualifications for prospecting licences, put a cap on the number of licence renewals, and introduce a single licensing authority.

ZMF chief executive officer Mr Wellington Takavarasha said the relaxation of the indigenisation policy was an exciting development in the mining sector.

“We were actually meant to meet to deliberate on the effects of the relaxation of the indigenisation policy. Of course the relaxation of the policy can be an advantage to small-scale miners in that investors will start to trickle in. However, it has to be taken into note that even when the policy existed in terms of equity or in reality the 49-51 percent shareholding didn’t apply as parties tended to craft their own agreements,” said Mr Takavarasha.

He, however, said there was a need to ensure that small-scale miners were not duped into entering agreements that would disadvantage them.

“We want a situation whereby we guard against the abuse of small-scale miners which might be rampant because of the relaxation of the indigenisation law and we urge miners to approach us when crafting shareholding agreements with investors,” said Mr Takavarasha. -@DNsingo