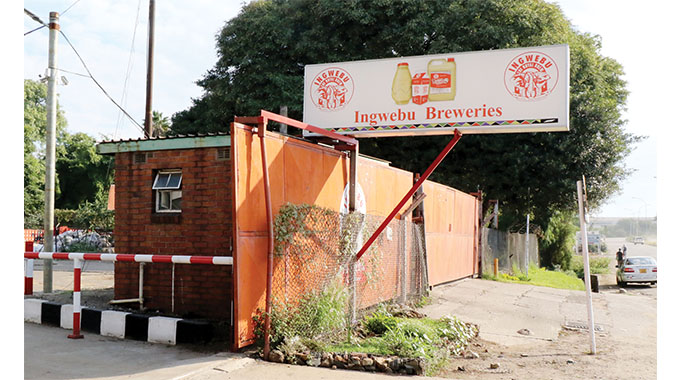 BY NIZBERT MOYO
WORKERS at Bulawayo City Council’s (BCC’s) privatised Ingwebu Breweries are up in arms with their employer over poor working conditions, including unfair dismissals.

Some of the works council members told Southern Eye that a number of workers had been dismissed unfairly for demanding a pay rise and improved working conditions.

“There are also a number of workers whose jobs are on the line. Going to a hearing is just a formality, otherwise decisions to fire workers are predetermined,” the workers said on condition of anonymity.

“We suspect they want to fire all permanent workers and remain with contract workers.

“This is what the managing director Dumisani Mhlanga did when he came, he fired all the security guards and other staff.”

They also accused management of backtracking on an agreement to pay part of their salaries in United States dollars.

But Mhlanga dismissed the claims, before accusing some workers of stealing company property.

“There is a lot of stealing in this company by workers. When I came in 2018, I had to retrench some security guards. Unfortunately, when you are trying to clean the mess, you do not get support because the people whom you are supposed to get support from are benefiting from that,” he said.

“Two things that get people fired are stealing and drinking beer at work, those are dismissible offences.”