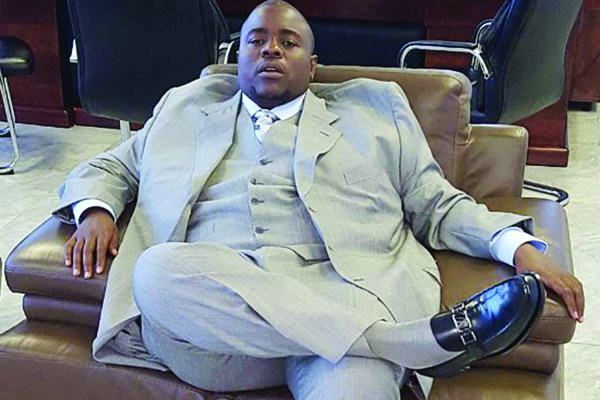 CONTROVERSIAL businessman Wicknell Chivayo owned-Intratrek says it is awaiting the finalisation of the financial closure phase of the 100 megawatt Gwanda solar project by the Zimbabwe Power Company (ZPC) to resume its work following a tumultuous court battle with the parent company.

The project stalled after ZPC approached the courts seeking to terminate the contract for the project over alleged contractual breaches by Intratrek.

Intratrek board chairman, lawyer Wilson Manase, in an interview with NewsDay this week, said the financial closure phase of the deal was now the only drawback for the project.

“As Intratrek, we have submitted our documents to the employer, which is ZPC. We are hoping that since everything is in order from our end, the conclusion of the financial closure side of things will not take that much time.

Chivayo won the tender in 2015 to build a solar power plant in Gwanda, expected to feed 100 megawatts into the national grid, but the company missed the deadline due to protracted disagreements with government.

The matter spilled to the courts after Chivayo failed to honour the US$5 million solar project, but High Court judge Justice Tawanda Chitapi acquitted the controversial businessman, claiming the matter should be settled at the Civil Court.

The Supreme Court order came after Energy minister Fortune Chasi had written to Zesa Holdings executive chairman Sydney Gata directing the power utility to urgently work out an out-of-court settlement with Intratrek Zimbabwe to allow the project to proceed.

Chasi has in the last few weeks been busy at work trying to get the warring parties to the negotiating table. Chasi argues court battles would not save the situation but delay completion of the project.

Manase said: “We want to reiterate that according to our plans, we would be able to add our first 10 megawatts of energy onto the grid in six months as directed by the minister. Yes, we have had ups and downs on this project.

“These, to us, are a thing of the past. Our focus is now on ensuring that the project gets off the ground as planned and that we meet the six-month target set for us. We do not want to plan on saying what if we fail because we have aimed for success of this project.”

Manase added that Intratrek was hoping that the other partners which have joined hands on the project would also help them see the deal to its finality.

“We have the African Transmission Corporation Holdings (ATC) as the financiers of the project.

Just recently, we did witness the arrival of Dube, Manikai, and Hwacha (DMH), a respected law firm that is coming through as the legal adviser on the project and a host of other renowned players.

“This is to show that we are indeed serious with the project. We still have CHINT Electrical — a giant Chinese solar energy company in the mix and we are sure that we will deliver, as I stated earlier, on the project,” Manase added.

Oliver Magwenzi, the Gwanda solar power project managing director said there had been considerable ground that had been covered in laying the foundation and setting up the site for the commencement of the project.