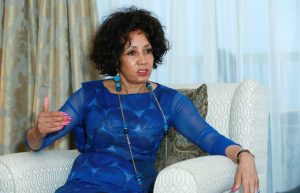 Minister of Human Settlements Lindiwe Sisulu one on one interview.
Picture by: Sibonelo Ngcobo / ANA

Sisulu said, “We were very happy with the turnout, we were disturbed by the protests and resultant call out of police and soldiers.”

She called on Zimbabwe’s leaders to exercise restraint after what was regarded as a peaceful election on Monday – until violence broke out on Wednesday when early results were released.

Those results indicated the incumbent ZANU-PF would win by a landslide.

The minister also confirmed that the diplomatic immunity granted to former Zimbabwean First Lady Grace Mugabe after she attacked a South African citizen last year, has been revoked as per a recent court ruling.

Sisulu said the way forward would be determined by the National Prosecuting Authority.

With regard to last week’s BRICS summit, Sisulu commented Pretoria is pleased and hopes the preparations for the 4th industrial revolution and deeper cooperation between BRICS countries will benefit all citizens.