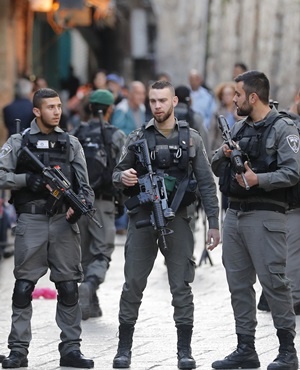 Jerusalem – Israel’s military chief of staff says he is willing to share intelligence with Saudi Arabia, a country that shares Israel’s concerns about Iran.

Asked if Israel has recently shared intelligence with Saudi Arabia, Eizenkot says: “We are prepared to share information if there is a need to do so”.

Eizenkot spoke in an interview with the Arabic Elaph website that was published on Thursday.

The remarks, confirmed in a transcript provided by the Israeli military, reflect the two countries’ increasing alignment over what they see is a rising threat posed by Iran to the region, especially as the war in Syria winds down.