Zimbabwe is at a crossroads.

Source: It’s all systems go for the people’s march on Friday – The Zimbabwean 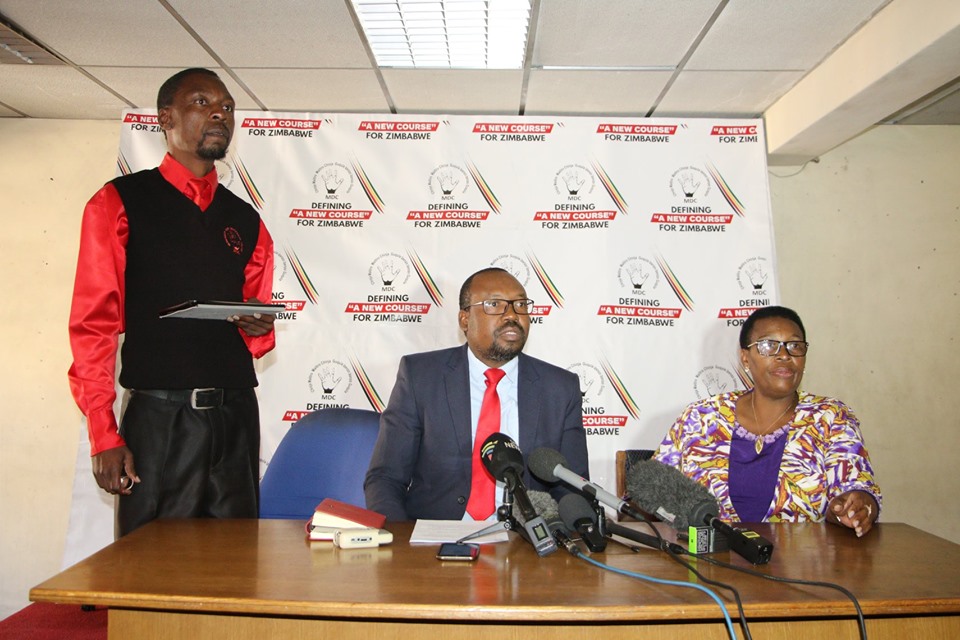 On the 31st of July 2018, Zimbabweans overwhelmingly voted for President Nelson Chamisa. That election was stolen in broad daylight and since then, the crisis of legitimacy has manifested itself through multi-layered challenges that have manifested themselves through power outages, water and fuel shortages, indecent wages, high prices and the erosion of the people’s dignity, among other challenges.

To express their displeasure at the serious challenges in the country, Zimbabweans will begin a series of peaceful demonstrations that will kick off in Harare on Friday, 16 August 2019. The preparations for the Free Zimbabwe march are at an advanced stage. All the necessary logistical preparations have been done and we are looking forward to a successful peaceful march by Zimbabweans on Friday.

The MDC is a peaceful and law-abiding party. To that end, we have complied with the requirements under both section 59 of the national Constitution and the Public Order and Security Act. There will be no party regalia as this is a peaceful march by the generality of the people of Zimbabwe who are suffering under the current crisis.

Every Zimbabwean will be marching to end this suffering until we achieve a legitimate people’s government that will begin to address the serious challenges facing the country. Until that is achieved, we will not rest and we will continue to exercise our democratic right to demonstrate peacefully.

On Friday, we will be marching for jobs, for affordable health care facilities, for electricity, for affordable education, availability of fuel and water and decent salaries for our civil servants and the ordinary workers of Zimbabwe. We shall march for the restoration of the people’s dignity and for the return of functional industries, for democracy, accountability and the respect of human rights. We will be marching against the culture and ailment of corruption, impunity, abductions, and the erosion of the people’s dignity, looting and embezzlement that have afflicted the country’s entire body politic.

We say no to the killing and torturing of innocent Zimbabweans and civic and democracy activists.
We want to end illegitimacy and ensure that there is a people’s government.

We will be rolling out these peaceful and constitutional protests in all the towns. After Harare, the Zimbabweans citizens will be holding peaceful protests in Bulawayo next Monday, Gweru on Tuesday, Masvingo on Wednesday and Mutare on Thursday. The roll-out for other cities and towns will be announced later.

Our action will be peaceful and constitutional.

We urge everyone to be there and to be involved until we achieve a truly people’s government that will deliver change that delivers.