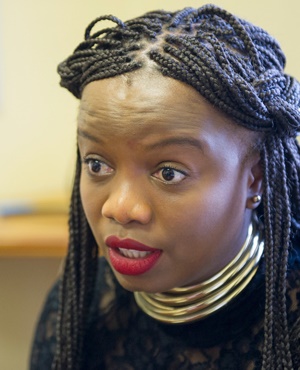 Cape Town – The DA fears that it is “business as usual” at the SABC after it was revealed that the preferred candidate to become the broadcaster’s group CEO had been accused of fraud and corruption in the past, and the subsequent resignation of one of the new SABC board members.

While Communications Minister Mmamoloko Kubayi-Ngubane refused to name the preferred candidate for the SABC’s longstanding vacant post of group CEO at a meeting with the Portfolio Committee last week, DA MP Phumzile van Damme said she had been “informed by several whistleblowers that it is Alan Mukoki, the former CEO of the Land Bank, who is wholly unsuitable and inappropriate for the position”.

However, Mukoki said he had not been offered a position by the SABC board.

It further emerged on Thursday morning that Rachel Kalidass had resigned from the SABC board due to the way in which it had dealt with the concerns she raised about the preferred CEO.

“Despite the GCEO candidate having allegations of fraud and corruption levelled against him during his previous employment, as well as a conflict of interest with a significant SABC content service provider, the majority of board members were in favour of having him appointed as the SABC GCEO.

“I specifically requested for my dissenting view to be recorded, which was received with great hostility by some of the board members present,” Kalidass wrote in her letter, which was also sent to all members of the portfolio committee on communications.

Kalidass was also a member of the previous SABC board, until she was removed unlawfully by former Communications Minister Faith Muthambi in 2015.

She also testified before the ad hoc committee, which investigated the SABC board, that Muthambi had put undue pressure on the board to appoint the controversial Hlaudi Motsoeneng as the SABC’s chief operating officer.

During her interview for the current board, MPs urged her to speak up sooner if she saw any wrongdoing at the broadcaster.

During his tenure as CEO of the Land Bank, Mukoki was accused of plundering this institution.

According to Van Damme, a 2007 Deloitte & Touche forensic audit, commissioned by then-Agriculture Minister Lulu Xingwana, found that Mukoki and his executives had, without board approval, diverted almost R2bn meant for emerging farmers towards projects that had nothing to do with agriculture.

“Some of the beneficiaries of irregular loans were Mukoki’s business associates; and high-ranking ANC politicians and benefactors.

“Mukoki resigned and was given a R4.5m golden handshake. A few months later, the Land Bank was placed under administration and transferred to the National Treasury. The then Finance Minister, Pravin Gordhan described it as being ‘in ICU’,” said Van Damme.

“Given this history, it is absolutely unfathomable why anyone in their right mind would think Mukoki is suitable to be the GCEO of the SABC.”

‘I have not been offered a position by the SABC board’

In a statement, Mukoki – who is currently CEO of the South African Chamber of Commerce and Industry (SACCI) – said: “Firstly, I have not been offered a position by the SABC board, nor by anyone else for that matter.”

He said the issues around the Land Bank had been “dealt with and concluded in 2007”.

“I, as then Land Bank CEO with the executives, did not issue any loans without board or shareholder approval. That allegation was patently untrue and false,” Mukoki said.

“The so-called Deloitte Forensic Report was found to be flawed and it was also irregularly procured. Precisely because of the aforementioned reasons, the Deloitte report was itself rescinded by Cabinet at its Cabinet meeting of the 5th December 2007. This is a matter of public record.”

Mukoki said Xingwana had told Parliament in 2008 that she had been advised by her lawyers not to release that Deloitte report, as it would attract civil damages claims from those mentioned therein, due to the irregularities in that report.

SABC spokesperson Kaizer Kganyago would not confirm whether Kalidass had resigned. He said the president was the appointing officer of board members.

‘She is not even supposed to be involved in the process!’

Asked if Mukoki was the preferred candidate for CEO, Kganyago said: “I don’t know.”

He then added that it was irresponsible to be talking about a preferred candidate and that the SABC would only communicate about the CEO once an appointment had been made.

The SABC interim board had reportedly been at loggerheads with former Communications Minister Ayanda Dlodlo about their preferred candidates for the SABC’s top executives.

During last week’s meeting, Kubayi-Ngubane handled questions directed at the SABC board about the appointment of the executives. She said she couldn’t say who the candidates were, as the process was still in the recruitment stage.

“She is not even supposed to be involved in the process!” Van Damme said in a point of order.

Board chairperson Bongumusa Makhathini was prevented from answering the question.