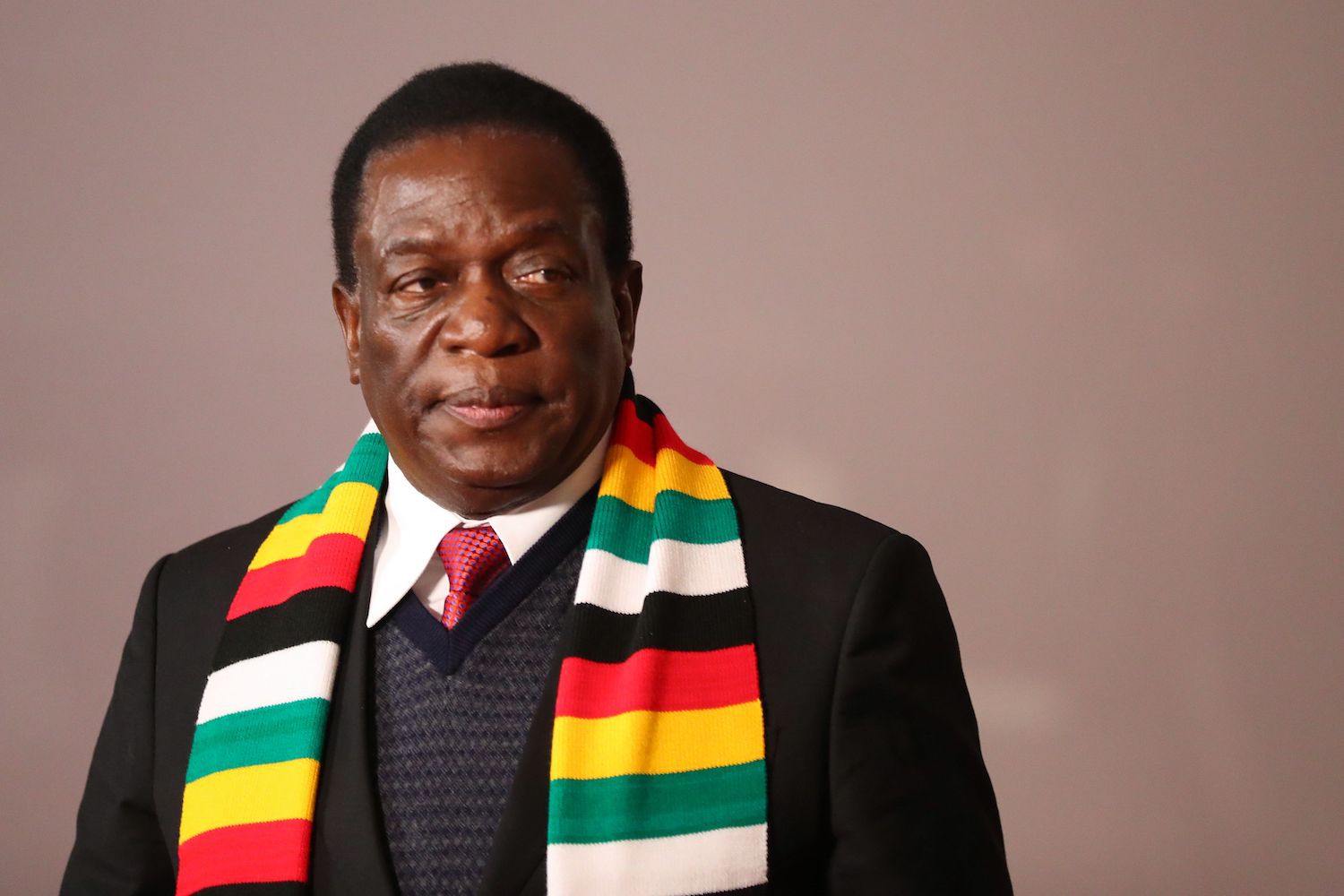 Monday’s election is an opportunity for Washington to come down on the side of accountability and constitutional rule.

Source: It’s Time for the United States to Push for a Better Zimbabwe – Foreign Policy

Monday’s election is an opportunity for Washington to come down on the side of accountability and constitutional rule.

On Monday, Zimbabwe goes to the polls for its first presidential election since Robert Mugabe resigned last year, after ruling the country for nearly four decades.

Under Mugabe, U.S. policy toward Zimbabwe, as it slid into economic ruin and dictatorship, was marked by wait-and-see timidity. While the United States looked to Mugabe’s advancing age as the eventual solution, openings to make a real difference came and went. Washington either failed to grasp the degree to which it might influence Zimbabwe’s future or placed a shamefully low value on doing so. This low-risk approach has had a very high opportunity cost for Zimbabwe and for U.S. interests there.

When the Zimbabwean military abruptly ended Mugabe’s rule last November (and, along with it, the prospect of his wife, Grace, assuming the presidency), the moment around which U.S. policy there had been based finally arrived. After so many years of getting Zimbabwe wrong, the question now is whether Washington will finally do what’s necessary to get it right.

Over the past nine months, Zimbabwe has been undergoing its most important political transition since the end of white minority rule. The overthrow of Mugabe and his ambitious wife cleared the way for former Vice President Emmerson Mnangagwa—himself a former Mugabe protege infamously known as the Crocodile—to ascend as interim president. He is now the ruling party’s candidate for president in Monday’s elections. He has the power of incumbency in a very powerful presidential post, and he has the backing of much of the powerful state security apparatus.

Mnangagwa has enjoyed some success portraying himself as a transitional leader, a notion given credence by the simple fact that he is not Mugabe. But the first real test is the election, and the evidence is pretty clear that he is not going to risk a fair fight. It’s important to remember that some of the same generals who informed Mugabe in 2008 that he was not allowed to concede his apparent defeat in the first round of elections that year made Mnangagwa’s ascent to power possible. Their calculations have not changed. Just as in 2008, the violence and intimidation directed toward the opposition today indicates the ruling clique understands the threat of popular dissatisfaction. They have much to lose if electoral defeat were to usher in constitutional rule or accountability for the Mugabe era.

While an election victory for Mnangagwa is within reach, attaining the legitimacy he is really after and Zimbabwe so desperately needs poses for him a different and greater challenge. On this point, the United States has real leverage that it must use—including significant pull on Mnangagwa personally. Along with other members of the Mugabe regime, he is under U.S. Treasury Department sanctions that seriously complicate his vast personal finances and are surely an embarrassment. Other sanctions authorities provided by Congress and voting in international lending institutions give the Trump administration additional leverage, should the White House choose to make use of it.

Whatever the outcome, next week’s elections will not reveal an obvious or easy path forward for the United States, as the consequences of decades of deferred decisions and work become clear. A likely scenario could go something like this: Mnangagwa wins an election that is structurally rigged in his favor, but where ballot-casting itself proceeds reasonably well and with very high turnout. The opposition gains just enough seats (and perhaps receives offers for some lesser Cabinet posts) to provide a degree of plausible deniability for the ruling party. Much of the outside world will be relieved that the embarrassment and destruction of the Mugabe era is over, and, while flawed, the whole package will seem like enough of a step forward to be acceptable to the international community.

The ambiguity of this kind of scenario is a significant challenge for Washington. It makes for divisions among allies. A strong desire to move on from the Mugabe era could undercut the available tools to pressure Mnangagwa to govern lawfully. Hard choices and seemingly unsolvable problems strain the interagency decision-making process, pushing the issue down the priority list. Engagement by Washington wanes, and the embassy is left somewhat alone to handle things. Early principles give way to acceptance.

For the Trump administration and Congress, the antidote to this death spiral is to finally put an end to the country’s wait-and-see approach. Washington must make firm commitments to clearly defined outcomes and principles now, and make those commitments clear to Zimbabweans.

First, the United States must be clear about what defines the legitimacy it requires of Mnangagwa or any leader of Zimbabwe, including opposition candidate Nelson Chamisa. Of course, the United States cannot demand a certain outcome in an election. But neither can it accept a charade of rule of law and fair elections.

Zimbabwe has a democratic constitution adopted by national referendum in 2013. U.S. policy must be clear to the ruling party and the security apparatus: Constitutional rule of law, including the treatment of the lawful opposition, is a fundamental determinant of legitimacy. That is an ongoing requirement well after ballots are counted.Second, the United States must seek to make the path to constitutional governance a rewarding and logical choice. Sticks alone will not compel Mnangagwa to expose himself to great risk internally. The United States has become accustomed to wielding sticks with the Mugabe regime, but Washington’s ability to offer carrots to help shape a post-Mugabe Zimbabwe remains untested. Some important opposition figures quietly tell American friends that sanctions provide the ruling party an external force to blame for their own economic and governance malfeasance. What’s required now is a clear commitment by the United States that it will actively aid Zimbabwe in a transition toward constitutional rule and economic recovery. This is more than an absence of sticks but a real commitment to help with the hard work, including financially.

Third, the United States must address the fact that there is a long list of countries for which a more polished strongman in Zimbabwe is a good—or at least good enough—outcome. Compared to the taunts and outrages of Mugabe, Mnangagwa’s relatively conciliatory and sophisticated bedside manner makes this position all the more attractive. But this thinking provides a clear pathway to play nice on the surface while maintaining power through intimidation, corruption, and manipulated elections. The requirement here is that Washington expends the diplomatic capital to try to make U.S. standards for legitimacy the standards for legitimacy, and that it leads a global effort to help Zimbabwe meet it.

While the current opening in Zimbabwe comes with risks and hard decisions, it is nonetheless real and demands U.S. action. The greatest challenge Washington must overcome is its own lack of will. This time around, it should embrace the chance—which might not come again—to get Zimbabwe right.