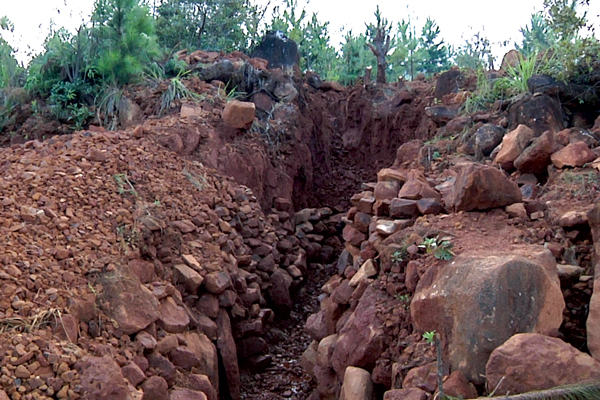 This was revealed in the latest council minutes where the director of housing and community services, Dictor Khumalo reported the degradation of the Greater Bulawayo Water Catchment area due to illegal mining activities.

Concerns were raised that illegal gold panning was leading to siltation and that there was a high likelihood of chemicals used in the illegal mining activities contaminating water bodies.

“Joint patrols are now the order of the day where rangers have joined hands with police in Esigodini to bring sanity to the district. During patrols, 29 panners were arrested, bringing the number to 323 as from January to November 2021,” the minutes read in part.

“The items confiscated during these raids were 61 shovels, 29 crowbars, 45 picks, three detectors, four axes, one wheelbarrow, one machete and one hammer. All these tools were handed to the Esigodini Police Station and would be used as exhibits.”

The minutes added that illegal mineral and sand extraction activities were rampant in Bulawayo.

“There has been a blitz conducted jointly by the rangers, police and community members at Methodist Village. During these raids, a total of seven trucks were confiscated.

“These sand poachers have forced the village garden caretaker to vacate the area by destroying their property. The matter was reported to the police, the ward councillor and the Member of Parliament of the area for further investigations.”

Indications are that during the raids, 64 tickets were issued for various offences.  Out of those, 55 tickets had been honoured and a sum of $335 140 was realised. Nine tickets valued at $135 991 were still outstanding.

“A total of 60 trucks were reported at the two legal pit sand sites. Also another joint operation with the Environmental Management Agency was conducted in the low-density targeting illegal displays of items along roads,” the minutes added.

“A lot of items were confiscated such as dog kennels and bags of pit and river sand.”