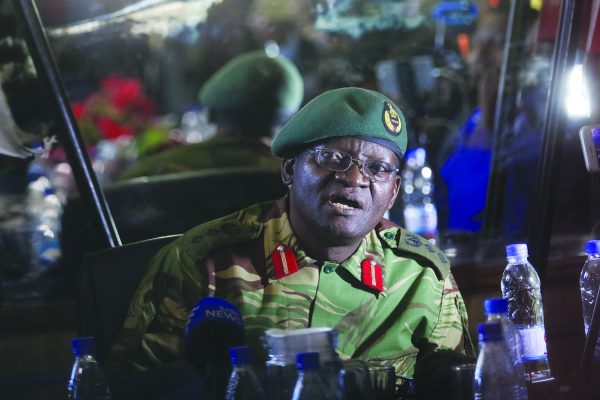 News in depth BY BRENNA MATENDERE

The police and army recently mounted a joint operation to flush out violent illegal miners throughout the country, but the officers have quickly seized the opportunity to make dirty money, it has been revealed.

In early April this year, The Standard, working with Information for Development Trust, a non-profit media support organisation, revealed that armed illegal miners sponsored by powerful politicians were spreading terror in mining areas in the Midlands — President Emmerson Mnangagwa’s home area — and other provinces.

The investigation revealed how the police and other state security agents largely ignored the perpetrators of the violence who frequently attacked their rivals with machetes, guns, swords and other homemade arms with impunity.

The courts were being bribed to protect the machete militias too, some of the illegal miners alleged, and this has not been officially refuted.

In a follow up probe by The Standard, it was revealed that the police and army have since deployed officers to the hotspots of the machete violence on recommendations from the Joint Operations Command that brings together all the security units.

The epicentres of what is now popularly referred to as “machete wars” and where the police and army have been deployed following the media expose include Gaika Mine just outside Mnangagwa’s hometown of Kwekwe, some mining areas in Kadoma in Mashonaland West as well as Bindura and Mazowe districts in Mashonaland Central where illegal gold extraction dominates.

Gaika Mine, located along the Kwekwe-Bulawayo highway has been home to arguably the most notorious gang, Al Shabaab, whose operations of violence spread beyond the city.

In its formative days, Al Shabaab was rumoured to be Mnangagwa’s project, but he has repeatedly dismissed the allegation that was made by his rivals in the ruling Zanu PF party, human rights defenders, opposition members and residents of the Midlands city of Kwekwe.

Regular patrols are being conducted in other hotspots of machete violence in Kwekwe such as Mbizo 4 where a number of deaths have been recorded.

In Kwekwe’s Amaveni suburb where a machete gang called Annaconda has been terrorising its foes and residents alike, the patrols are also regular, with owners of night spots being forced to stop selling liquor in the evening.

While the police and army jointly made a deployment at hotspots of machete violence in the mining areas, stakeholders say the security agents are taking bribes from the illegal miners and allowing them to carry on with their criminal activities as well as protecting the militias from prosecution.

Sources revealed that government has since replaced the soldiers from 5 Brigade just off Kwekwe with those from 3 Brigade located in Mutare who are not familiar with the locals, as a strategy to stem the collusions.

A Zimbabwe Republic Police Support Unit officer, Danmore Nyashanu, was recently arrested for alleged illegal possession of gold ore suspected to be from Gaika Mine and his case is being handled at the Kwekwe Magistrates Court.

The Anti-Corruption Trust of Southern Africa (ACT-SA) that operates from Kwekwe hailed the state security organs for responding to the machete violence but is now concerned that they have spawned a new wave of corruption.

The courts have moved fast to uphold an earlier order to declare a Zanu PF led invasion of Gaika Mine illegal following the exposé by The Standard.

The April story by The Standard indicated that a senior provincial Zanu PF, Vongaishe Mupereri who, reportedy, has strong links to Mnangagwa and State Security minister Owen Ncube, was coordinating the machete violence from the ruling party offices in Kwekwe.

An earlier High Court judgment had barred him from interfering with mining operations at Gaika, but that ruling was ignored.

However, after the April expose, the same court insisted that Mupereri must back-off.

Obert Chinhamo, the ACT-SA director, said the security deployments had been made urgent by the subsequent High Court order that barred Mupereri from interfering with operations at Gaika.

“For instance, Danmore Nyashanu, a ZRP Support Unit operative, was arrested and appeared in court after he took advantage of his position to conduct mining activities and allegedly steal gold ore.”

Added Chinhamo: “It’s sad when law enforcement agents are involved in illegal activities. This just demonstrates the systemic nature of corruption in Zimbabwe.”

Chinhamo is concerned that junior officers might be taking a leaf from their seniors who are benefiting from the chaos in the mining sector and making overnight riches.

The army and police were deployed at the Chiadzwa diamond fields in 2009 and were reported to have made quick fortunes by forcing illegal miners to work for them, while sharing their loot with the bosses in the military and the ruling Zanu PF.

Police spokesperson, Assistant Commissioner Paul Nyathi, confirmed the joint operations between the army and police to suppress the machete wars, and said that indicated the security sector’s seriousness in curbing the mayhem.

“There is nothing sinister with the police seeking the assistance of its sister security arm to thwart any cases of machete violence,” he said.

“It is in line with the constitution and the deployments will continue in order to protect property of citizens and their rights (sic).”

Nyathi promised that the police would act “strongly” against officers colluding with illegal miners, adding that the deployments were nationwide.

Colonel Overson Mugwisi, the Zimbabwe Defence Forces spokesperson, said he had been out of office for some time and was yet to get a full briefing on the deployments.

“I have been in Victoria Falls for some time and am just getting into the office. It will be prudent if you sent written questions so that I can consult with my principals,” he said.

However, at the time of going to print, he was yet to respond to the questions sent to him.

The media exposé on the machete violence has also caught the interest of the National Peace and Reconciliation Commission.

At a stakeholder meeting held in Gweru in April, Netty Musanhu, a commissioner with NPRC, revealed that the body was appalled by the reports of machete violence in mining areas, adding that her commission would be investigating the problem.

Senators have also taken keen interest in the machete wars and condemned them after the publication of the story by this publication.