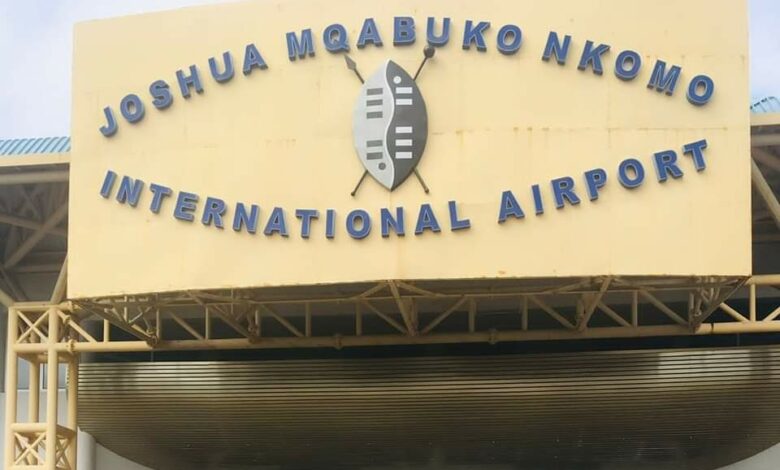 It also said it was re-designing the emblem and would soon erect a “proper” logo after its impromptu removal of the Nguni shield emblem had triggered outrage with the Matabeleland community crying foul.

People of Matabeleland revere the shield and its removal was interpreted as disrespect to their Ndebele culture and symbols.

The Nguni shield symbol was removed on May 5 and replaced with government’s court of arms.

“Signage at Joshua Mqabuko Nkomo International Airport was done as a temporary measure following the upgrading of the airport and its commissioning in 2013, the architect, Studio Arts, came up with a number of designs for the airport signage”

“Consultations were done with the Nkomo Family Trust, culture practitioners within the region, CAAZ, Ministry of Transport and Infrastructural Development and Cabinet on the matter.  There has, however, been concern by stakeholders on the poor quality and workmanship of the temporary signage since 2015.”

He added: “The ministry regrets the hasty removal of the signage at JM Nkomo International Airport without notifying all stakeholders. The ministry also takes pleasure in informing all stakeholders that we have already gone to tender for new signage that incorporates stakeholder concerns. Wider consultations are on-going on the best signage which will factor in regional sentiment and desires.”

Opposition Zapu party leader Sibangilizwe Nkomo, who is also the son of the late Vice-President Joshua Nkomo, described the removal of the Nguni shield logo as humiliation of the people of Matabeleland.

Nkomo accused government of destroying all significant relics in Matabeleland, including the Bhalagwe memorial plaques to distort the history of Ndebele people.