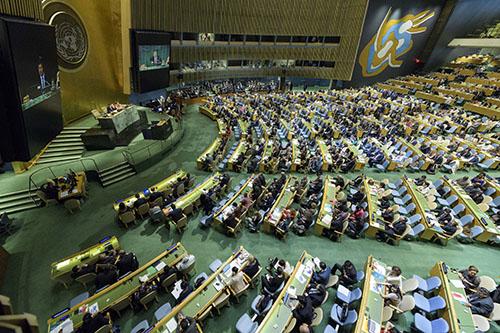 BY LORRAINE MUROMO
THE United Nations and African Union have called for the formalisation of the informal sector, saying it was vital in boosting the continent’s economic growth.

Statistics show that about 85% of people in sub-Saharan Africa survive through informal trading.

“There is a growing recognition that the informal economy can also drive innovation, resilience and lead to efficient production and responsible consumption.”

“Closer to home, here in Africa, the reality is particularly stark as an estimated 86% of employment is informal and they face many vulnerabilities and challenges like their counterparts in other parts of the world.”

African Union head of labour, employment and migration, Sabelo Mbokazi said the COVID-19 outbreak had shown that the informal economy could not be ignored.

“The African Union is cognisant of the fact that economic recovery alone will not suffice where the drivers of informality are not sufficiently addressed,” Mbokazi said.

International Labour Organisation assistant director-general Cynthia Samuel Olonjuwon said: “It is now time for action and changes. It calls for innovation in policymaking based on a new social contract that is built on a shared project of transition from the informal to the formal economy, leading to a new era of inclusive and sustainable development”