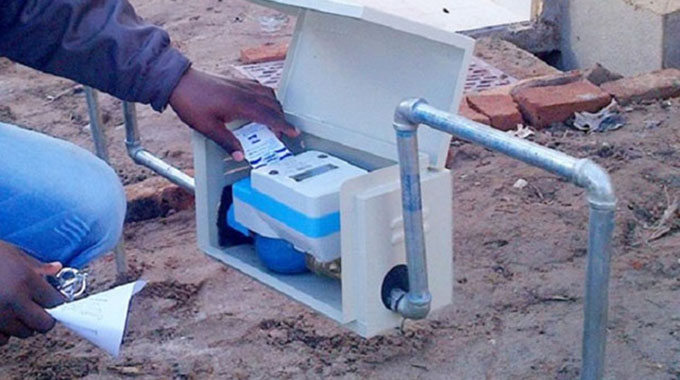 Zinwa spokesperson Marjorie Munyonga said they were targeting small towns and rural areas where the authority was responsible for water reticulation and treatment.

Munyonga said 17 000 pre-paid meters out of the intended 35 000 had been installed in Mutoko, Karoi, Hwange, Filabusi, Nyanga, Gokwe and Murewa.

“We are now moving to the second phase where we are going to cover the remaining parts of Gokwe and Murehwa before moving to Glendale, Mt Darwin, Binga, Mvuma, Gutu, Inyathi and Chirundu,” Munyonga
said.

“The introduction of pre-paid meters will also go a long way in eliminating most of the billing challenges that are associated with the post-paid metering system.”

“The pre-paid water meters should be initially placed on all government buildings to ensure that all the water used is properly accounted for and paid for as pilot phase before introducing the same to the rural population without fully understanding the dynamics of procurement and utilisation of the water revenues,” Shumba said.

“Zinwa may come up with all kinds of interventions, but without transparency and accountability, there is not much hope in enhanced rural development.”