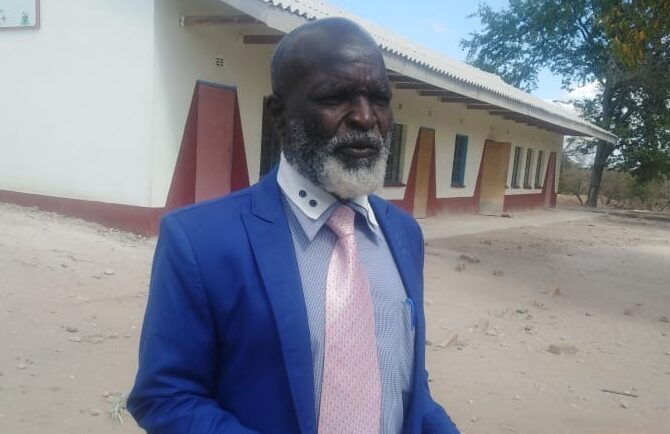 BY MOSES MUGUGUNYEKI
THE community of Chiwenga in Muzarabani’s ward 24 has every reason to celebrate following news that this year’s Grade 7 pupils will for the first time in many years write their final examinations at the school.

Grade 7 pupils at Chiwenga Primary School, which is on the Zimbabwe-Mozambique border, used to walk almost 40km to Chadereka Primary School to sit for their final examinations.

Chiwenga Primary School was established in 1984, and since then lessons have been conducted in the open and makeshift classrooms constructed by the community.

“Over the years, the school has not been conducting Grade 7 final examinations as it fell short of the Zimbabwe School Examinations Council requirements due to poor infrastructure as it did not have proper classroom structures,” he said.

“As such, pupils used to go and write at Chadereka, several kilometres away, something that burdened both the learner and teacher. We are fortunate that the Zimbabwe Red Cross Society (ZRCS) came to our rescue and built a classroom to house the Grade 7s.”

The school has an enrolment of 703 pupils and 10 teachers.

This year, 75 pupils have registered for Grade 7 examinations.

He appealed to government and other organisations to help the school improve its infrastructure to retain qualified teachers.

“These teachers would not want to teach in the open as this adversely affects the learning process. We appeal to other organisations to come and assist as we try to provide quality education,” he said.

“We also want to thank ZRCS for installing a solar-powered water system in the community that has seen us having tapped water in the school. We want to start projects as we now have a reliable source of water, moreso safe water.”

Before installation of the water system, teachers would fetch water from Mukumbura River, where they competed with animals, and villagers from both Mozambique and Zimbabwe.

Vimbai Muguti, a nurse-in-charge at Chiwenga Clinic, said the water project had resulted in the community recording a decrease in diarrhoea and dysentery cases.

“Waterborne diseases were rampant here in Chiwenga as the community fetched water from unsafe sources like in Mukumbura River and other pools. However, this project has changed a lot as far as the healthcare of the community is concerned,” Muguti said.

ZRCS secretary-general Elias Hwenga said they were undertaking various interventions under the Muzarabani Resilience Project with support from the Finnish Red Cross.

“The ZRCS has been involved in addressing challenges faced by the Muzarabani through a number of projects that include water, sanitation and hygiene, food security and disaster risk management, among others,” he
said.