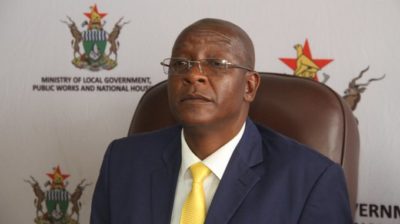 The government has launched an astonishing attack against High Court judges, claiming they are captured after they ruled that Chief Justice Luke Malaba’s term of office ended on Friday.

Ziyambi claimed Zhou, who read the judgement, was sympathetic to the opposition because he was seconded to the bench by the late prime minister Morgan Tsvangirai during the inclusive government era.

“They [opposition] accuse us of capturing the judiciary, but what happened is a typical case of judicial capture,” he fumed.

“Justice Zhou was seconded by the MDC Alliance to the bench and we asked him to recuse himself on the matter, but he refused.

“The applicants [the Zimbabwe Human Rights NGO Forum and Young Lawyers Association of Zimbabwe] are the people he once worked with.

“We raised concern over it and it is there in the papers.

“He was once a commissioner of the Judicial Service Commission and the Zimbabwe Lawyers for Human Rights; he was part of those people.

“He surely cannot hear a matter brought by the people he worked with.”

In an earlier statement, Ziyambi said the judgement against Malaba was a “typical case of a night court, consisting of night judges and night lawyers”.

“With the greatest of respect, we do not agree with the decision of the court for so many reasons, we have already instructed our lawyers to file an appeal first thing on Monday [tomorrow],”  he charged.

“We do not understand how the Honourable Justice Zhou insisted on proceeding with the matter after we sought his recusal because he is clearly conflicted.”

He added: “We are also at a loss at how the Honourable Judge President [Justice George Chiweshe] was excluded from being cited in the litigation which included all judges of the High Court, who acted in the Supreme Court and Constitutional Court.

“We are further alarmed that these proceedings went on through the night up to midnight.

“This is a typical case of a night court consisting of night judges and night lawyers.”

Ziyambi said the applicants were supposed to seek the leave of the court before suing judges.

He charged that the High Court could not make a determination on a constitutional validity except the Constitutional Court.

“We are now going to poke the enemy in the eyes and confront it,” Ziyambi said.