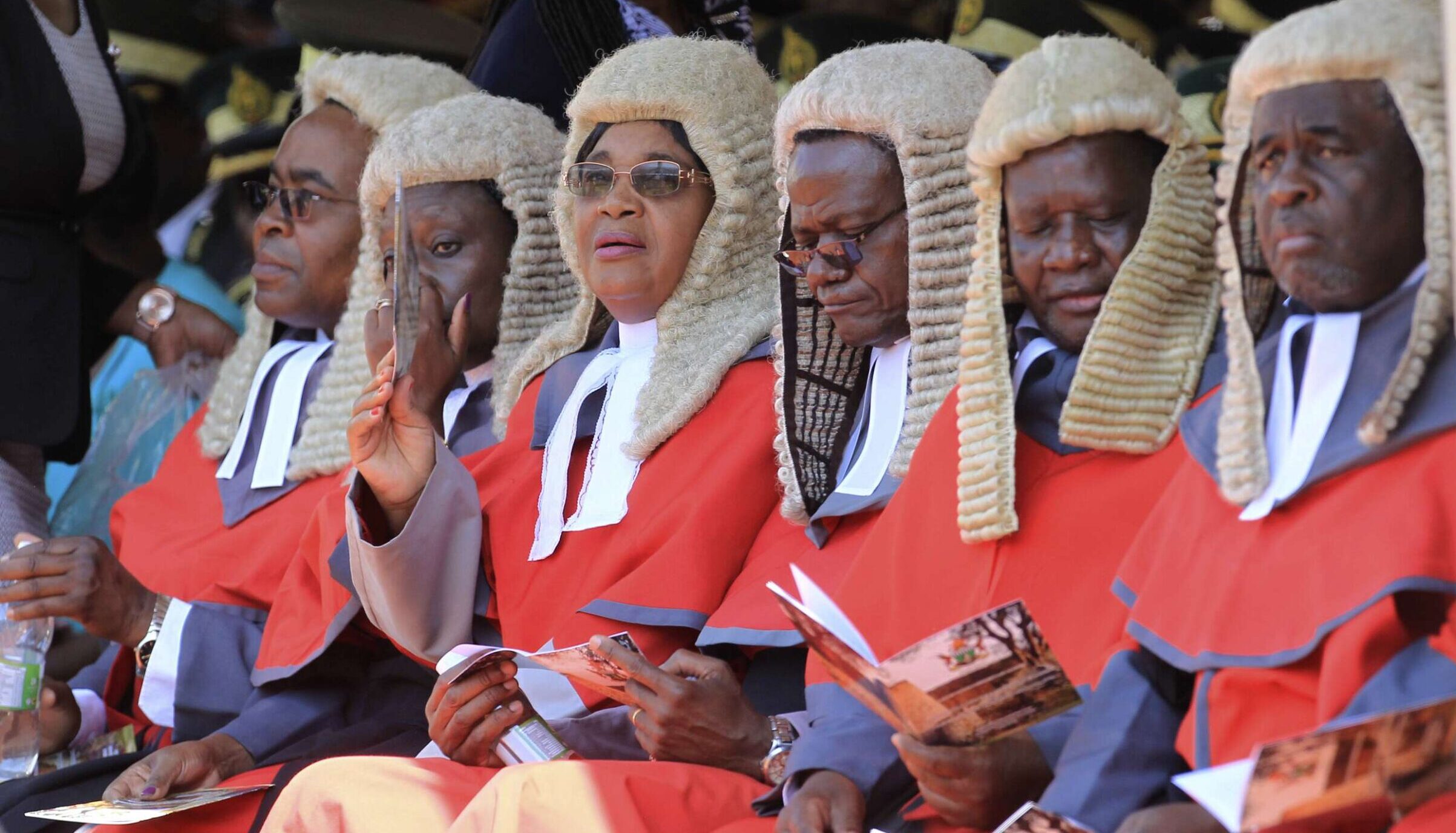 CONSTITUTIONAL Court judges who overturned a High Court ruling that Chief Justice Luke Malaba’s continued stay in office beyond 70 years was illegal despite being cited have set a wrong precedent by being “judges in their own cause”, judicial officers have told The NewsHawks.

High Court Justices Happias Zhou, Edith Mushore and Jester Charewa in May ruled that Malaba ceased to be chief justice when he turned 70 on 15 May, despite President Emmerson Mnangagwa extending his term by five years following an amendment of the constitution to allow for the extension.

Mnangagwa wants Malaba to stay as the head of the judiciary to pivot his 2023 election bid.
The High Court judges ruled that incumbent justices could not benefit from the amendment of the constitution. The ruling was made following an application by the Zimbabwe Human Rights NGO Forum and Young Lawyers Association of Zimbabwe in which they cited Supreme Court and Constitutional Court judges, given that they also stood to potentially benefit from the amendment.

Initially all superior courts judges were cited in the High Court matter, but Mnangagwa later appointed new jurists to the ConCourt and Supreme Court in a bid to resolve the judicial imbroglio. He also took control of the High Court which had appeared rebellious by promoting then Judge President George Chiweshe to the Supreme Court bench whom he believes was undermining his plan because of his proximity to Vice-President Constantino Chiwenga.

Although Malaba appealed to the Supreme Court, a Bulawayo man, Max Mapungu, made a ConCourt application seeking to overturn the High Court ruling which he argued impugned the President and parliament for exercising their constitutional mandate to amend the constitution giving judges the option of extending their mandate, if physically fit.

ConCourt judges, including Deputy Chief Justice Elizabeth Gwaunza, as well as Rita Makarau and Bharat Patel, who delivered judgement on behalf of the entire bench, heard the case despite a conflict of interest on their part.

The case put the judges in the dock for nemo judex in causa sua: no one should be a judge in his or her own cause thereby compromising judicial integrity and public confidence.

Nemo judex in causa sua is widely considered a pre-requisite to an independent and reliable judicial system. This principle is meant not merely to prevent a potential wrong-doer from condoning his or her errors by judging the validity of their actions, but also, and more importantly, to preserve public confidence in the sanctity and independence of the judiciary.

The principle of natural justice encompasses two important principles: nemo judex in causa sua (no one should be a judge in his or her own cause) and audi alteram partem — hear the other party or the rule of fair hearing; that no one should be condemned unheard.

These are buttressed by the notion that justice should not only be done, but manifestly and undoubtedly be seen to be done. Judges —like Caesar’s wife — should be above suspicion.

But in a judgment delivered on Wednesday, the ConCourt ruled that the extension of Justice Malaba’s tenure was constitutional and, therefore, he was legally in office.

First Makarau dismissed an application for the judges to recuse themselves. She said seeking the recusal of the entire court was an “untenable” legal position.

“It makes the application frivolous,” she said.

“We further observe in this regard that, when questioned as to which persons should properly constitute the bench to hear the merits of this matter, in the event that all the incumbent judges of the Constitutional Court and Supreme Court were to recuse themselves, and which authority could be called upon to legitimately appoint such persons to that bench, both counsel for the respondents were studiously unable to enlighten the court with any meaningful answers to those very pertinent questions.”

Patel, on behalf of other judges, said Malaba could continue in office.

“Conversely, the option to continue in office for an additional five years after reaching the mandated retirement age of 70 years, as contemplated in sub-sections (1), (2) and (3) of section 186, does not constitute the extension of any term limit,” Justice Patel said in the judgment.

“The court a quo (lower court) did not differentiate between age limits and term limits and conflated them by ascribing a generalised meaning to term limit provisions.

Consequently, it misinterpreted and misapplied the concept of a term limit in the context of judicial tenure under the provisions of section 186.

“The new section 186, in sub-sections (1), (2) and (3), operated to amend only the previously stipulated age limit for retirement, from 70 to 75 years. It did not have the effect of amending or extending the non-renewable term limit of 15 years specified in section 186(2) or the fixed term limits envisaged in section 186(6).”