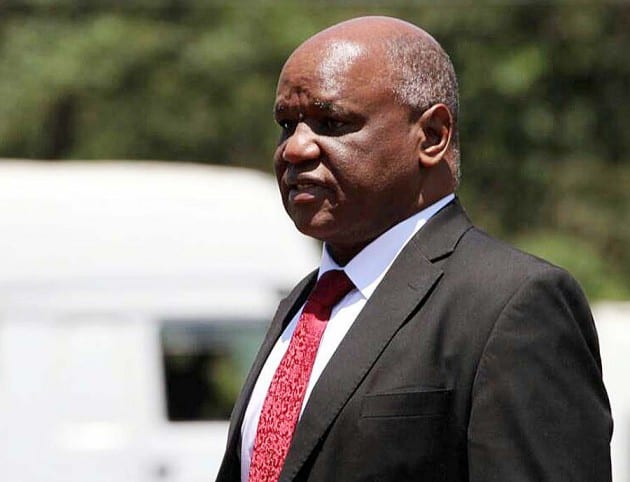 ZIMBABWE, for the past four months has been going through a constitutional test and legal drama following the extension of Chief Justice Luke Malaba’s term in May, which was put to bed last week following a Constitutional Court (ConCourt) ruling in favour of the top judge and President Emmerson Mnangagwa.

The High Court had in May ruled that Mnangagwa’s extension of Malaba’s tenure was unlawful and that his term expired when he turned 70 on 15 May, in line with constitutional provisions prevailing then.

However, on 22 September the ConCourt overturned that ruling, arguing that the High Court misinterpreted the law. The ConCourt said all medically fit judges of the three top courts can extend their terms of office until they reach 75. At the centre of this test were judges, lawyers, parliament and government officials, who played a key role in the case.

Justice minister Ziyambi Ziyambi kick-started the process of extending Malaba’s term by pushing the motion to amend the constitution to allow for the Chief Justice and other judges to serve beyond 70 years of age.

He was also at the centre of the government’s challenge of the High Court ruling, before Mupungu’s game-changing application.

After the ruling by the High Court, Ziyambi threw a tantrum, saying the judgement was a “typical case of a night court, consisting of night judges and night lawyers”.

“With the greatest of respect, we do not agree with the decision of the court for so many reasons, we have already instructed our lawyers to file an appeal first thing on Monday [17 May 2021],” he charged.

“We do not understand how the Honourable Justice Zhou insisted on proceeding with the matter after we sought his recusal because he is clearly conflicted.

Ziyambi was elected a member of Parliament in 2013 and served as deputy Home Affairs minister from 2013 to 2015. He was appointed acting Zanu PF provincial chair for Mashonaland West to replace Temba Mliswa and was subsequently removed as chairperson in 2015 following accusations of dishonesty and failure to plan for the election of a substantive committee.

He enrolled with the University of South Africa in 2009 and was awarded the Bachelor of Laws (LLB) degree in 2013. He enrolled at the Midlands State University for a Master of Laws degree in Constitutional and Human Rights Law in 2015.

One of the people who played a critical role is Musa Kika, who launched the court application against the extension of Luke Malaba’s term in office together with Young Lawyers of Zimbabwe and businessman Frederick Mutandah.

Kika is a lawyer and human rights activist. He has been the Zimbabwe Human Rights NGO Forum executive director since August 2020. Before that, he was the Forum’s programmes coordinator. He has worked for Justice for Children Zimbabwe, Zimbabwe Lawyers for Human Rights and Democratic Governance and Rights Unit.

Kika was a junior member of parliament between 2007 and 2009. He attained his Master’s degree in Constitutional Law, Civil Rights, Advanced Legislation, Government Administration Policy from Harvard Law School in 2017. He holds a Doctor of Philosophy degree in Public Law, (Constitutional and Administrative Law) from the University of Cape Town. He attained a Bachelor of Laws (LLB) degree at the University of KwaZulu-Natal in South Africa.

As the then Judge President Chiweshe appointed a three-judge panel to hear Kika’s High Court application. Chiweshe, seen as Vice-President Constantino Chiwenga’s ally, was the vice-president’s deputy in Zanla’s political commissariat during the liberation struggle.

Chiweshe joined Zanla in 1975 after fleeing from the then University of Rhodesia as a law student. After independence, Chiweshe joined the ministry of Justice as a prosecutor in 1980 and became a magistrate three years later. Chiweshe retired from the army in April 2001 after being appointed to the bench by the late former President Robert Mugabe.

A retired Brigadier-General, Chiweshe was appointed the Zimbabwe Electoral Commission chairperson in 2005.

He was then sworn in as Judge President in May 2010.

From the onset, the government was not happy with Zhou’s appointment to hear Malaba’s case as evidenced by complaints from Justice minister Ziyambi and the Judicial Service Commission. There were also attempts to pressurise Zhou into recusing himself. Zhou has in the past refused to be cowed and has made a number of judgements which upset the government.

Zhou is an experienced practitioner who has worked at The Hague in the Netherlands and at the House of Commons at Westminister in London. From 1996 until the time he was appointed a High Court judge in 2012, he was in private practice as an advocate based at the Advocates Chambers. He was also a lecturer in the University of Zimbabwe’s Faculty of Law.

As an advocate, he was admitted as counsel at the International Criminal Tribunal for Rwanda in Arusha, Tanzania.

After the June 2000 parliamentary elections, which the MDC narrowly lost to Zanu PF, Zhou represented in court Crispa Musoni, opposition candidate for Gutu North, but withdrew his petition in the High Court challenging the late vice-president Simon Muzenda, the Zanu PF candidate.

In 2002, Zhou represented the late MDC president Morgan Tsvangirai after the disputed presidential election against Mugabe. In that case, he worked with veteran lawyers including Advocate Jeremy Gauntlet of South Africa, Advocate Adrian de Bourbon (now based in South Africa) and Bryant Elliot as attorney.

At one time, Zhou ordered the release of 57 political activists who participated in demonstrations in 2016. In retaliation against all the judgements they did not like, government officials last year blocked Zhou from becoming one of seven members of the International Tribunal for the Law of the Sea when his nomination was withdrawn without his knowledge.

Justice Charewa was part of the panel which passed the ruling which blocked Malaba’s controversial tenure extension. Charewa has a military background and was a senior officer in the army, serving for 10 years between 1985 and 1995.

Between 1990 and 1995, she was the chief legal officer of the Zimbabwe Defence Forces where she was head of the Department of Research, Legal Drafting and Training.

She joined the military as a captain in 1985, having served as a professional assistant at Higham, Lewis and Lock (now Henning Lock Donagher and Winter Legal Practitioners) in Mutare. After leaving the military, Justice Charewa went into private practice as a partner at Mucharehwa and Partners. During her time in private practice, she was also a lecturer in Civil Practice and Procedure in the University of Zimbabwe’s Faculty of Law.

In 2008, she joined the African Court on Human and People’s Rights in Arusha, Tanzania, as a senior legal officer before becoming a special assistant to the president and later deputy registrar.

She was appointed a High Court judge in September 2015.

She has also undertaken several courses with institutions such as the Commonwealth Judicial Education Institute, African Court on Human and People’s Rights, PricewaterhouseCoopers and the International Organisation for Migration, among others.

Justice Mushore, who was part of the three-judge panel in the initial ruling, is a sharp legal mind. She was a long-time advocate based at the Advocates Chambers in Harare.

From 1993 to 1999, she was the legal adviser (Africa) of the International Organisation of Consumer Unions at The Hague in the Netherlands.

Between 1987 and 1989, she was a parliamentary research assistant at the House of Commons. Before that, she had served as the corporate legal adviser for Old Mutual.

Another key player was Marx Mapungu, a Bulawayo-based Zanu PF activist who has been President Emmerson Mnangagwa’s foot soldier for a long time. Mapungu approached the Constitutional Court seeking to overturn the High Court judgment.

Among the ConCourt judges who overturned the High Court ruling is Rita Makarau. She is the former chairperson of the Zimbabwe Electoral Commission and also former secretary of the Judicial Service Commission (JSC).

Makarau was the first female Judge President in 2006. At one time, she was Electoral Commissions Forum-Sadc president.

She worked as a public prosecutor between 1983 and 1984 at the Harare Magistrates’ Court before going into private practice. From 1988 to 1989, Makarau was the secretary of legal affairs at the Parastatal Commission. From 1998 to 2000, she served on the Constitutional Commission before she was appointed High Court Judge in December 2000.

Makarau was also a part-time lecturer at the University of Zimbabwe. She taught procedural law, conveyancing law and notarial law. In December 2017, Makarau resigned as chairperson of the Zimbabwe Electoral Commission. And two months later, she resigned as acting secretary of the JSC.

Patel was also among the ConCourt judges who reversed the High Court ruling. He once stirred controversy in 2008 as Acting Attorney-General (AAG) of Zimbabwe as his deployment to an executive post was criticised for undermining the judiciary as an equal and independent arm of the state.

Patel completed his legal training at the then University of Rhodesia in 1975 and qualified as a barrister at Inner Temple and then attained a Master’s degree in Law at University College London. His career began in 1978 in the London para-legal sector. He returned to Zimbabwe in 1982 and joined government service as legal counsel.

From 1993, he headed the Division of Legal Advice in the AG’s office until he was appointed to the position of deputy AG in August 2000.

He was sworn in, alongside fellow justice Ben Hlatshwayo, who was also part of the bench that overturned the High Court ruling by Mugabe in May 2013.