Source: Judicial capture a sad reality in Zim – The Zimbabwean 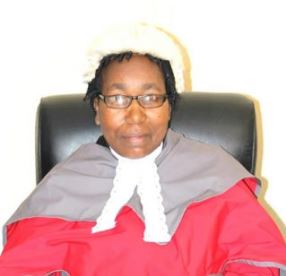 Sikhala had spent a month detained at Chikurubi Maximum prison on charges of inciting public violence.

Investigations into the suspension of Justice Ndewere, however, revealed that the Head of the Judicial Services Commission, Chief Justice Luke Malaba was unhappy with the granting of bail to Sikhala hence the move to suspend Justice Ndewere.

Justice Ndewere received the letter of her alleged misconduct from Malaba despite the fact that Malaba is only empowered to supervise Supreme Court Judges while High Court judges are supervised by the Judge President.

Malaba’s interference in the case of Justice Ndewere reveals the coordinated capture of the judiciary and interference into the work of judges and magistrates in Zimbabwe.

In the case of Justice Ndewere, Chief Justice Malaba’s role in the capture of the judiciary has been laid bare.

Quite often, the state’s capture of the judiciary has allowed for persecution by the prosecution with opposition and civic society activists having to endure lengthy periods in detention on frivolous and trumped-up charges.

Crisis in Zimbabwe Coalition Spokesperson, Marvelous Khumalo said it is an open secret that Zimbabwe’s judiciary is captured.