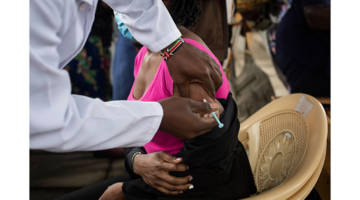 On the positive side, July was also easily the best month for
vaccinations, with 1 081 070 jabs, 44,79 percent of the total of 2 413 509
doses given since the national vaccination programme started in February.

The third wave has easily been the worst of the three waves, with each
wave being worse the previous one. And July was the centre of the third
wave, the peak in average infections being hit right in the middle of the
month on July 15 with 2 355. By Saturday, the last day of the month, the
rolling average had fallen to 1 654, significantly above the 987 on July
1, with the figure for July 8, a week later, being the equivalent.

So the progress and retreat seen over the last fortnight since the peak
average has only regained the ground lost in the week before that peak.

Of concern is the fact that the third wave is retreating more slowly than
the wave built up.

This is largely due to the shift from a small number of hotspots, most in
Mashonaland West, at the beginning of the month to a far more national
spread with Harare Metropolitan now being the worst hit province. The
retreat in Mashonaland West has been far more than the national retreat,
but because the infection spread geographically as well as within
hotspots, the national retreat has been slower.

That decision, taken as the first signs appeared that the wave was
spreading, certainly helped prevent a far worse peaking in infections and
deaths, but the problems of compliance by many in the larger cities made
the growing wave almost inevitable.

The Government tried to minimise the strength of the wave by giving
priority in the new acceleration of the vaccination programme to the
original small town hotspots, the surrounding rural areas, the border
towns and the major markets in the big cities.

This would have helped, but it is not until the last few days that there
has been a huge surge in second doses, as those originally targeted for a
priority first dose come in at the end of the required four weeks.

While a first dose of vaccine does help to protect and reduce the severity
of an infection, it is the second dose that offers the far higher levels
of protection.

But as many of the original surge in first doses at the start of last
month were the most at risk, and the most likely to pass on the infection,
the present surge in second doses should have a greater effect than a
random selection would have.