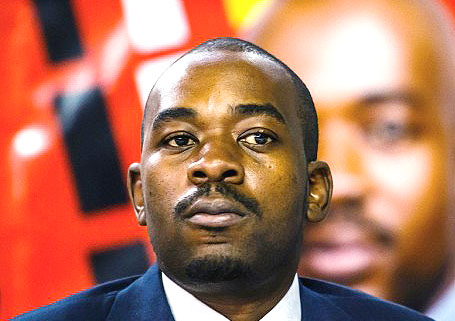 THE wrangle over the use of the name “MDC-T” and the party logo has been struck off the urgent matters’ roll, a development that was celebrated by the Dr Thokozani Khupe led group as a victory.

Mr Nelson Chamisa had filed an urgent chamber application at the High Court seeking to bar Dr Khupe and her team from using the title “MDC-T” and the party logo.

He argued that he was the legitimate successor to the late Mr Morgan Tsvangirai and that Dr Khupe had been expelled from the opposition party.

However, Dr Khupe registered to participate in the 2018 harmonised election as the president of MDC-T party.

Mr Chamisa will participate in the election as leader of the MDC Alliance.

ZEC last week printed ballot material using information submitted to it by all the participants, a development that rendered Mr Chamisa’s legal battle an academic exercise.

The parties to the MDC-T logo dispute today appeared before High Court judge, Justice Mary Dube, where the Chamisa-led group sought the removal of the matter from the urgent roll.

The climb down left the Khupe group at liberty to hold themselves out as MDC-T party members.

Prof Lovemore Madhuku, who represented Dr Khupe in the court application, told The Herald that the removal of the matter was a relief for his clients.

“To us that is the end of the matter. Dr Khupe is now the leader of MDC-T and ZEC recognises her as such.

“We have agreed to remove the matter from the roll,” said Prof Madhuku.

However, Advocate Thabani Mpofu, who was acting for the MDC party aligned to Mr Chamisa, said the matter was not yet over.

He said the case would be pursued as a normal court application to determine the legitimate leader of MDC-T.

“The correct position is that the matter is going to be heard on the normal roll and has been removed from the fast track roll with costs being in the cause.

“Dr Khupe and her colleagues remain, in so far as my clients are concerned, rebels who have formed their own political outfit.

“I will not be drawn into a debate on these issues. I will plead my case in court as I have done in many other matters.

The matter was then referred to the Judge President in Harare.

The Judge President then allocated the matter to Justice Dube.