A group of women, mostly widowed and victims of abuse, today marched in Harare to commemorate the end of 16 days of Activism against Gender-based Violence.

The group, led by former Zimbabwe Prisons and Correctional Services officer, Mrs Elizabeth Parirenyatwa, called for legal empowerment of women, to enable them to read signs of abuse whenever they manifest.

Speaking on the sidelines of the march which started at Robert Mugabe Square into Harare’s central business district, Mrs Parirenyatwa said:

“I once served as a correctional officer with the ZPCS and I have come across various women who shared their stories with me after being incarcerated. 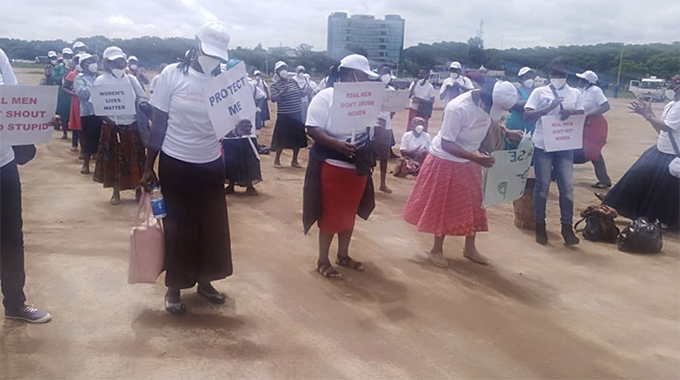 “Some would tell stories of having been arrested after having domestic disputes with their husbands while others are serving sentences for murder.

“All this will be after picking fights. We are saying, justice must be done and everybody should rise up against gender-based violence.”

She said there should be some form of training that should be extended to women for them to appreciate what should be done when exposed to forms of abuse.

“The judiciary should intervene and train women for them to see signs of abuse and know how to respond. Women lives matter.

“A violent nation is retrogressive, a violent community is not productive, a peaceful nation is productive. 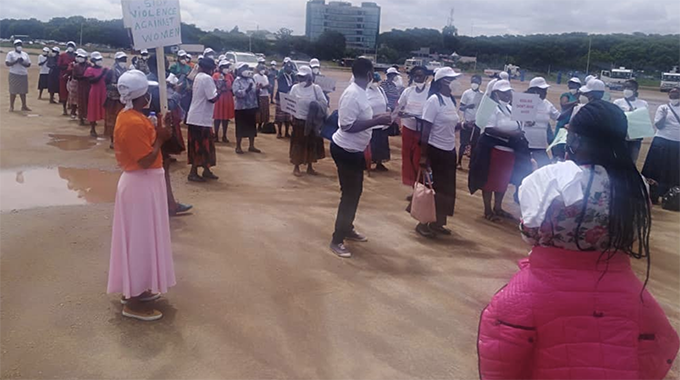 “We can as well lure in investors through peace. We say no to gender based violence,” she said.

Mrs Parirenyatwa said women should be economically empowered for them to be self-sustainable.

She said this will minimise disputes caused by financial problems.

“Women actually need to be empowered into economic activity like cross-border trading. Once a woman is economically-empowered, she spends most of her time in business instead of engaging in domestic disputes,” she said.

16 Days of Activism Against Gender-Based Violence is an international campaign to challenge violence against women and girls. The campaign runs annually from November 25 to December 10.