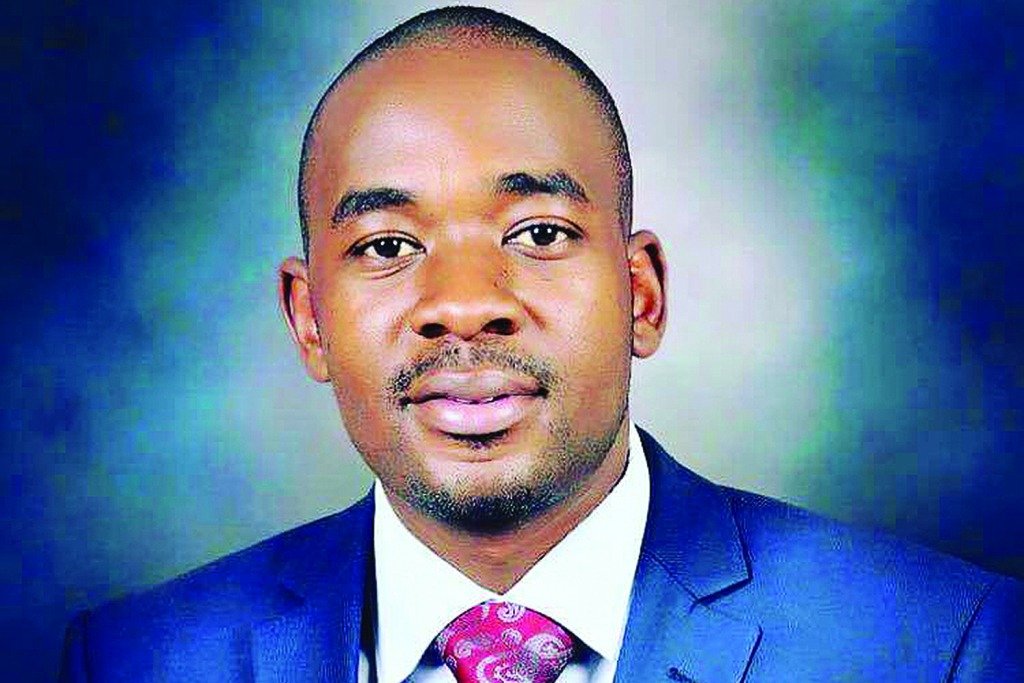 OPPOSITION MDC Alliance leader Nelson Chamisa yesterday ordered his political nemesis President-elect Emmerson Mnangagwa to do the “most gracious and revolutionary thing” by conceding defeat and start negotiating his retirement package before Wednesday to avoid humiliation at the Constitutional Court (ConCourt).

Chamisa told NewsDay that it was clear from responses by Mnangagwa and the Zimbabwe Electoral Commission (Zec) that their defence was weak, adding that he was confident the ConCourt would rule in his favour when the matter goes for hearing on Wednesday.

“In fact, the people have spoken and it is only counter revolutionary to disregard the will of the people,” Chamisa said.

“He knows he lost and he should do the honourable thing; concede defeat. He and (Vice-President Constantino) Chiwenga should start negotiating their retirement packages and allow the people to move on.”

“The matter is going to court. Do you need comment from outside the court? Chamisa should keep his confidence for Wednesday,” he said.

Chamisa is challenging Mnangagwa’s slim 50,8% win in the July 30 polls, where he garnered 44,3% of the vote in initial results declared by Zec before slashing the Zanu PF leader’s margin to 58,6% following the opposition party’s petition.

The ConCourt will on Wednesday hear the matter in which Chamisa is seeking to overturn Mnangagwa’s electoral victory in the watershed July 30 polls.

The case will, for the first time in the history of Zimbabwe, be televised live.

In his heads of argument filed on Saturday, Chamisa said Zec had failed to explain Mnangagwa’s vote tally, claiming the Zanu PF leader was a beneficiary of 70 000 illegal votes “engineered” by Zec to avoid a run-off election.

He claimed the number of votes cast in the presidential election did not square up with the voter turnout claimed by the Zec.

Chamisa, whose legal team is led by Advocate Thabani Mpofu and also includes South Africa’s advocates Dali Mpofu and Tembeka Ngcukaitobi, also claimed some polling stations had more votes recorded than the registered voters, while at others, the voters exceeded the threshold of 1 000 and again there was no explanation by Zec.

Mnangagwa is due to file his heads of argument today.

The Zanu PF leader has insisted he won in a free and fair poll and accused his rival of political grandstanding.

Chamisa said he had noted the caution and circumspect position taken by Sadc in its communique of the just-ended Summit when it congratulated Angolan President João Lourenço on his victory in the August 23, 2017 elections, but withheld congratulations on Mnangagwa.

“Sadc congratulated Angola’s President and withheld congratulating Zanu PF and Mnangagwa because they know very well that he did not win,” he said.

“They knew he was defeated and that is why they encouraged Zimbabwe to complete the court process.”

Chamisa said it was also a fallacy that Zanu PF garnered a two-thirds parliamentary majority because most seats were being challenged, especially in rural areas where alleged electoral malpractices, including voter intimidation and fictitious assisted voters, were rampant.