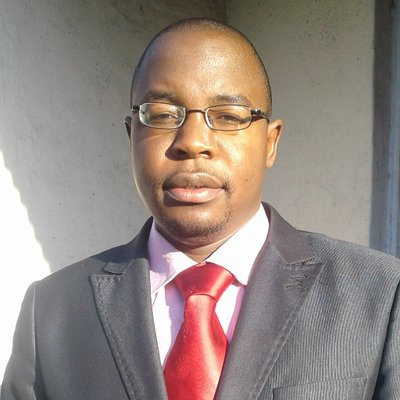 State Enterprises and Parastatals (SEPs) total debt has breached the $3 billion mark yet privatisation reforms progress are at a snail pace.

Privatisation has dominated Zimbabwe’s economic turnaround strategies for the past 20 years.

The country has 107 SEPs, with more than 50 of them being perennial loss makers depending on government handouts for survival.

Since July 2017, Cabinet has approved the takeover of over $1 billion worth of debt for struggling State entities such as Air Zimbabwe, Ziscosteel, National Railways of Zimbabwe and Civil Aviation Authority of Zimbabwe (CAAZ) among others as a strategy to clear off their balance sheets and lure investors.

The Finance ministry on April 10 2018 announced new State enterprises reforms. Part of the reforms include merging certain boards of directors and entities into one, liquidation of defunct companies, absorption of certain entities by parent ministries and partial privatisation for a few commercial entities.

Additionally, the government stated that where partial privatisation is to take place, it will explore opportunities for using the Zimbabwe Stock Exchange to promote involvement and ownership by the public through share ownership schemes.

Through Cabinet, the government objectives on privatisation are very clear. The key priorities are on improving operational efficiency and service quality, reduce dependence on the fiscus, thereby managing government expenditure and develop the local business climate.

The last objective is overarching as regulatory authorities are part of these SEPs and their turnaround is important for economic growth from an oversight point of view.

Bureaucratic procedures, corruption, mismanagement and politicking have seen most regulatory authorities failing to deliver on their given mandate, thereby costing the nation millions in lost opportunities.

The pertinent challenges below are well known to government and require bold steps to deal with.

It’s an open secret that SEPs are dogged with political interference.

Boards of directors are not appointed on merit, but on partisan grounds at the expense of the tax-payer. The role of the board of directors is to establish policies for SEPs in line with governance systems, provide strategic direction, recruit and supervise executive management.

The problem with SEPs starts with the appointment itself, as parent ministries have unfettered powers to appoint and fire boards of directors.

This mechanism is prone to abuse, it has been widely abused and is partly to blame for the rot we have in the country.

Unless the government devises mechanisms to vet the boards of directors through independent consultants, such as the Institute of Directors Zimbabwe, efficiency in parastatals is doomed right from the beginning.

These independent consultants can also provide board training and continuous development on behalf of the government.

Independence from politics is key for state entities in establishing institutions that live beyond the politics of the day.

Most of the State entities earmarked for privatisation have debts running into millions of dollars.

Audit reports by the Auditor-General showed that 38 SEPs surveyed in 2016 made losses totaling $270 million and have accumulated debts close to $1 billion.

The downside with debt is that most entities may be technically insolvent, as debts far outweigh the value of assets left.

So for government to partially privatise such entities by absorbing part of the debt may not solve the bigger problem, as new investors have to deal with debt first before implementing any turnaround strategy.

Take for instance an entity with assets worth $30 million and debts of over $200 million. It is very difficult for government to dictate ownership terms in such a case, unless if the entity has massive profit making potential or clear cut competitive advantage over its rivals in the market.

The only avenue for the government will, therefore, remain total debt assumption.

This route has long term consequences, as repayment will negatively impact government finances going forward, because debt cannot be wished away. As such debt assumption cannot be done all at once for the selected entities in the shelf.

Financial losses and poor service quality are often symptoms of a wider problem within an organisation.

The culture within certain government departments and other State enterprises is toxic for business or economic growth.

This challenge cannot be underestimated, because a bad culture can turn seasoned professionals into poor managers in a short space of time.

Corruption, bureaucracy, mismanagement and inefficiency are all part of a poor corporate culture. Before turnaround strategies can be implemented, skilled management should be allowed to independently enforce and instil a new culture by all means necessary for partial privatisation to yield the desired results.

These challenges to privatisation have been there and are commonly known to the government.

For the proposed models and strategies to yield the much needed results, authorities need to find lasting solutions to the obstacles above.

Provided political will is there, the new privatisation and reform initiatives can be great success stories.