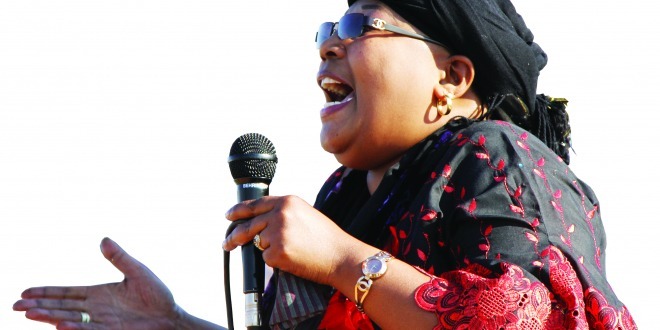 EMBATTLED MDC-T deputy president, Thokozani Khupe, has announced plans to hold a special congress next month where she hopes to be endorsed as substantive leader of the party’s breakaway faction.

“We are working on the logistics, but definitely the congress is on in April and we will be advising on the specific date and venue in due course,” he said.

This comes at a time the MDC-T national council meets today to decide her fate, amid indications she could be expelled for refusing to recognise the appointment of Nelson Chamisa as party leader following the death of founder Morgan Tsvangirai last month.

Khupe’s aide dismissed moves to expel Khupe from the MDC-T as a joke.

“The horse has bolted. They can as well continue with their illegality as expected but we are in full election mode to contest power from the ruling Zanu PF,” he said.
Chamisa was recently endorsed as MDC-T leader and presidential candidate by the party’s national council, but Khupe has refused to recognise him, dismissing his elevation as an illegality.

Khupe — who argues she is the rightful acting MDC-T leader on grounds of being the only elected deputy president — last week signalled she was cutting ties with Chamisa.
The MDC-T has suffered several splits which analysts also cite as the reason why the opposition party has failed to garner enough votes to dislodge Zanu PF from power.
The divisions in the MDC-T emanate from the time the MDC-T Alliance — a grouping of opposition parties — was unveiled, with Khupe contesting its structure and composition particularly on the sharing of parliamentary seats in the elections.

Khupe argues Tsvangirai never consulted her, adding the MDC-T did not need a blanket alliance, but only a coalition where it has fared badly in elections and not in Matabeleland where the opposition party has been dominant since the turn of the millennium.