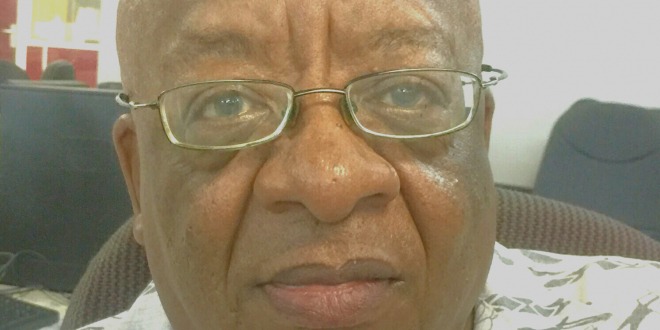 If you are looking for confusion, well, Blue Roof mansion in Borrowdale, Harare, is address number one. It’s not surprising at all that former President Robert Mugabe, who resides at Blue Roof, is not prepared to go quietly. After recovering from the initial paralysing shock of his ouster, he is back again to his old self, blaming anyone and everyone for his diminished status, which he brought upon himself by taking friend and foe alike for granted, resulting in Zimbabweans across the political divide closing ranks and driving him out of power in November 2017.

Now that Mugabe is out, political fights have resumed with the opposition going back to occupy its space and quite rightly so, keeping the government on its toes and raising the ante with crucial elections looming in a changed political landscape. This robust politics is good for democracy. It cannot do democracy any harm as long as responsible and respectful conduct is observed and maintained. We need civilised politics across the board. This is not the time for brinkmanship — the art or practice of pushing a dangerous situation or confrontation to the limit of safety especially to force a desired outcome — from either side.

Maybe to avert this, a somehow balanced electoral outcome would do. Wrote columnist Jonathan Maphenduka this week: “. . . he (President Emmerson Mnangagwa) should understand that democracy does not simply thrive by simply winning a landslide election. There must be some checks and balances to forestall abuse of government’s formidable power. If you win landslide approval, that weakens the opposition (as) you will have created conditions for a one-party State. We know what happens in a one-party State. It gives government too much power to become intolerant and that drives potential investors away … and citizens are helplessly exposed to the vagaries of too much power.”

This stricture, this sternly critical or censorious advance warning, also equally applies to MDC-T-cum-MDC Alliance leader Nelson Chamisa that he should not let power get to his head given the support he has amassed. There is really no need to raise the aggro when he has come this far. Why increase the risk or possible harm that could result from street protests descending into anarchy which could backfire and allow repression back?

Back to Mugabe. He is now moaning and groaning that he was removed unconstitutionally as if he was a stickler for the Constitution himself. Self-pity is written all over him. He never ever envisaged the day when he would be totally stripped of power, leaving him naked, as it were. When he was in power, he was out of touch with reality; now that he has lost power, it’s even more so. Mugabe should just accept the irreversibility of what happened. It cannot be undone, like you cannot put together a broken glass.

But, oddly some elements in the opposition, whether out of ignorance or whatever, have bought into this “constitutionality” line by Mugabe. Fortunately, there are more than enough educated and open-minded Zimbabweans who can unpack this without having to please or placate any constituency. Political analyst Pedzisai Ruhanya, despite being anti-Mnangagwa and pro-MDC Alliance, did not allow this to colour or cloud his judgment, citing the doctrine or principle of effectiveness that posits that if one takes over power by whatever means and proves that they are in control of the full State machinery and apparatus, both coercive and consensual, they are legitimate. Said Ruhanya: “This is the case with Mnangagwa whether it pleases Mugabe or not. SADC, the AU and the rest of the international community won’t listen to those Grace-inspired and instigated rants by Mugabe … so Mugabe is wasting time. Instead, he is encouraged to find common ground with the new authorities and secure the economic interests of his young family and stop those delusional outbursts.”

The Mugabe enigma is not a new phenomenon. It has always been there for all those who care to see. Andrew Young, who served as United States ambassador to the United Nations between 1977 and 1979, during the height of the liberation war, observed as much when he was assigned along with then British Foreign Secretary David Owen, to broker a political settlement between the Rhodesian regime and the liberation movements of Zanu and Zapu. On that assignment he got to know the protagonists closely. One of his most revealing revelations was that Mugabe was an enigma wrapped in a puzzle in that he was both a devout God-fearing Catholic steeped in Jesuitism and an avowed and ardent follower of Marxist-Leninism, an atheist ideology. Can one be both God-fearing and an atheist at the same unless they have a split personality? Young observed this contradiction as behind Mugabe’s intractability. He found Mugabe so stubborn, so obstinate, so obdurate. Even then Young pinpointed Mugabe’s inflexibility. That unbending, unyielding, uncompromising, unaccommodating streak which saw Zimbabwe’s economy nearly wiped out as Mugabe put his ego ahead of the national interest in the stand-off with the West was already manifesting in 1977. Such is Mugabe’s egocentric nature that he was prepared for Zimbabwe to go down with him in his personal wars with the likes of the then British Prime Minister Tony Blair at the turn of the millennium.

Now that Mugabe is in an altered state of mind following his traumatically diminished status, can someone, preferably Father Fidelis Mukonori, who has been his spiritual mentor and more, give him post-retirement counselling?

And while we are still at that, can Mukonori and other level-headed people give pre-election counselling to ALL the political contestants so that they prepare for any outcome and not be caught completely by surprise like the now mournful Mugabe?