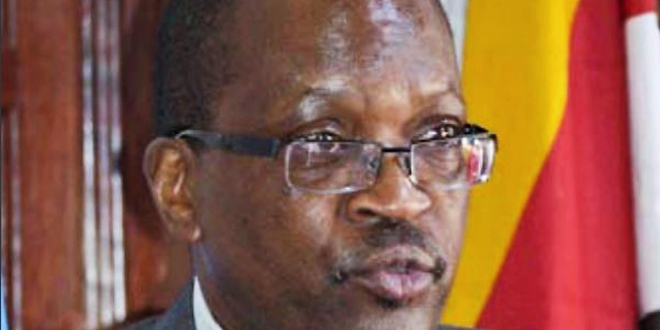 DEPUTY Chief Secretary in the Office of the President and Cabinet, Ray Ndhlukula, has won the legal battle over ownership of Figtree Farm being Subdivision ‘A’ of Centenary situated in the Bulilima district in Matabeleland South province, after the Supreme Court ruled in his favour and kicked out the former owners, JC Conolly and Sons.

The apex court said the farm in dispute was State land and had been gazetted under the land reform programme by government.

The farm was gazetted for acquisition by the State on January 31, 2003 under General Notice 37 of 2003 and was subsequently acquired by the State in 2005 by virtue of the Constitutional Amendment No 17 of 2005.

The ruling by Supreme Court judge Justice Paddington Garwe in concurrence with Justices Ben Hlatshwayo and Antonia Guvava came after an appeal by Conolly who had challenged the decision by the High Court in Bulawayo which had refused to confirm the provisional order that had been granted against Ndhlukula.

Previously Ndhlukula had been provisionally ordered not to interfere with Conolly’s farm operations pending finalisation of a court challenge, but the latter approached the High Court seeking confirmation of the said order, which was then dismissed prompting an appeal.

However, through his lawyer, Advocate Thabani Mpofu, Ndhlukula argued Conolly misled the court when he secured the court order by Justice Maxwell Takuva since the farm was gazetted by government.

“The allegation that spoliation had taken place only arose after the grant of the provisional order. It is common cause that the first respondent (Ndlukula) in his opposing papers disputed having taken occupation and that the alleged act of spoliation formed the subject of separate proceedings for contempt of court which remain pending before this court,” Justice Garwe said.

“I agree with Mpofu that the course open to the appellant (Conolly) after the alleged spoliation had taken place was to launch a new application for spoliation and not to seek to substitute spoliation in place of the interim interdict that had been granted on the faulty basis that the offer letter issued to the first respondent was not a legally binding document.

“Once it had been accepted that the farm had been lawfully acquired by the State and that full title in the property now vested in the government, interdictory relief could not have been granted … there being no merit to this appeal it is dismissed with costs.”

In his submissions Ndlukula said pursuant to the offer letter he got from the government, he gave Conolly a 90-day notice of his intention to occupy the farm, but the latter challenged the said occupation by filing an urgent chamber application, which was granted in default, interdicting him from occupying his farm
He said it was abundantly clear that the High Court misdirected itself in concluding that Conolly was entitled to remain on the gazetted land.