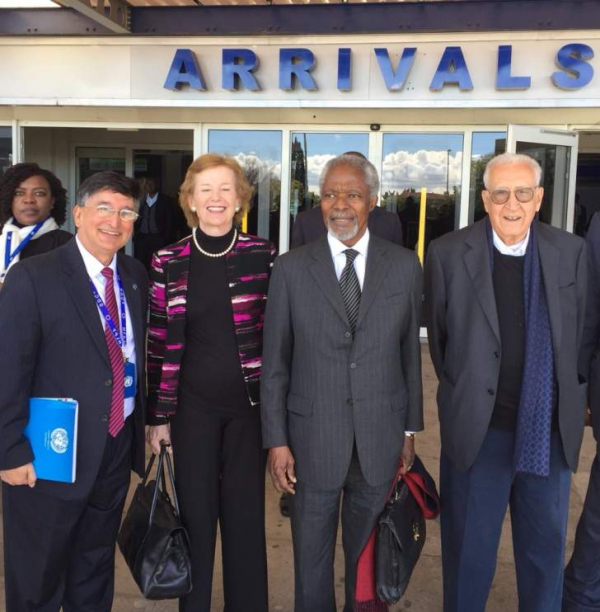 THREE representatives of the globally-respected Elders Council jetted into the country yesterday on a fact-finding mission, ahead of the July 30 harmonised elections.

Briggs Bomba from Citizens Manifesto, an organisation that played a pivotal role in the trio’s visit, said the Elders would have separate meetings with President Emmerson Mnangagwa and his arc rival MDC Alliance leader, Nelson Chamisa today.

They are expected to leave tomorrow.

“They have arrived and have already started meetings,” Bomba said.

“They met with political parties’ presidential candidates and other civil society leaders. They will be meeting the President tomorrow (today), Chamisa and after that will be at the big civil society meeting at Harare gardens.”

These elders are key in terms of informing the international community on the re-engagement of Zimbabwe. They are here to give support to those who are working for free and fair elections. As the Citizen’s Manifesto, we really see their presence as the beginning of solidarity to push for a vision of a better Zimbabwe,” he said.

The Elders’ visit came at a time the MDC Alliance has declared a stalemate on the election roadmap, accusing Zanu PF of working in connivance with Zimbabwe Electoral Commission (Zec) to rig the elections.

Chamisa’s spokesperson, Nkululeko Sibanda said his boss will be out to engage the elders in a respectful manner.

“The president has a lot of respect for the elders and he will certainly seek their audience in general terms. He will want to interface with them as is his culture to interface with leaders in society,” Sibanda said. “Remember,
president Chamisa is the only candidate trying to build a national and adult-like conversation between himself and Mnangagwa, between himself and Chigumba and in that spirit the president has a lot of respect for other leaders. I can confirm that he will certainly meet with them in the spirit of his leadership style, but we cannot discuss the agenda of the meetings.”