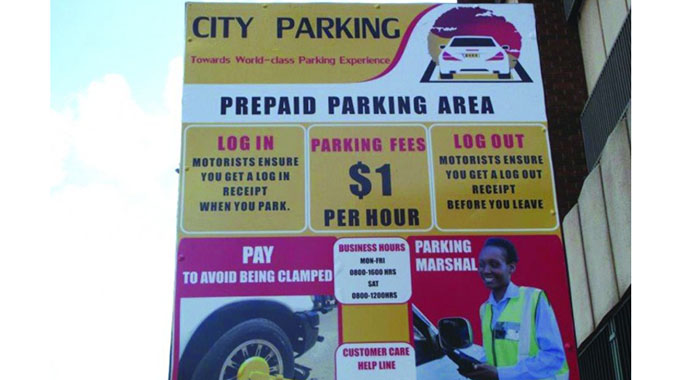 Some Government institutions allegedly commandeered some parking bays for free over and above their authorised and allocated bays, which was also costing the city $84 960.

“There is an increase in the number of people vending on the streets and some are operating from some parking bays,” reads the report.

“This has deprived the company of potential revenue from the occupied bays. An average of 738 bays has been taken by the vendors with an average loss amounting to $488 560 monthly.

“Touts/vagrants that compete with revenue collection marshals on the streets are increasing by day and mostly affecting smooth flow of operations. About 412 parking bays have been lost to this group with average revenue loss of $49 440 monthly.”

The company recommended that City of Harare should help by removing the vendors from undesignated places and allocate them proper vending places and council should engage Government to facilitate the lease or the payment of the parking bays unilaterally taken by Government departments for free parking.

City Parking also bemoaned the city’s unwillingness to assist in enforcement.
“Enforcement is the driver of revenue in any parking business the world over,” it said.
“Without enforcement, motorists have a natural tendency not to comply.

“City of Harare business committee on December 13, 2013 resolved to empower street marshals to clamp offending vehicles on the streets for violating parking by-laws and to only release the vehicles upon payment of requisite fines and charges.”
According to the report, some marshals were manipulating the system, which was deployed on the peripherals of the CBD.