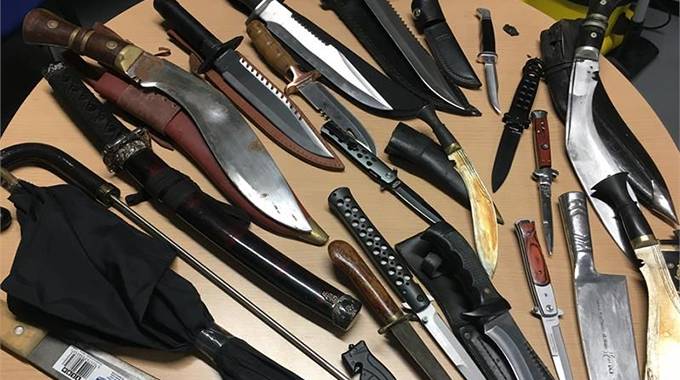 Police in Kwekwe have banned the carrying of machetes and other dangerous weapons as a way of curbing rising cases of murder and robbery in the Midlands city, Southern Eye has established.

“. . . the public display of any of the following weapons, catapults, sjamboks, machetes, axes, knobkerries, swords, knives or daggers whatsoever is likely to occasion public disorder or a breach of peace, hereby issue an order prohibiting the carrying of such weapons in Kwekwe district or any part thereof for a period not exceeding three months that is from 18 October to 17 January 2022,” Maingire said in a statement.

“The reason for the prohibition is to suppress cases such as murder, armed robberies, assault, robbery (other weapons), attempted murder, unlawful entry and theft in Kwekwe district.”

The prohibition order comes as Kwekwe and other parts of the Midlands province have in the past few months experienced a sharp rise in murder cases.