Letter to my people: Parading clowns, ‘billionaires’ at State House

Source: Letter to my people: Parading clowns, ‘billionaires’ at State House – The Standard 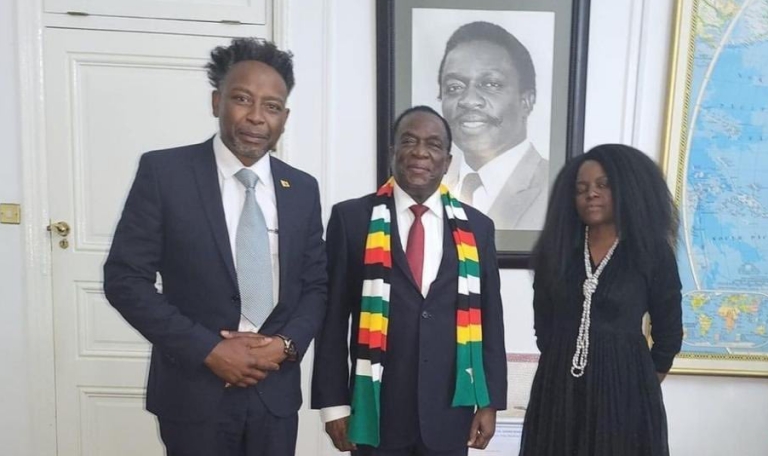 During our time, State House was a respectable place but your new rulers have turned it into a playground for shady characters.

Ngwena has received more guests in his short five years in power than Baba did in the 37 years that he ruled you.

These days almost every day there is someone being paraded with a scarf at State House in a desperate bid to show that Launchmore is working.

This past week we saw pictures of a dreadlocked young man, who we are told is a Zimbabwean recently elected mayor of a small British town, with Ngwena.

Tafadzwa Chikoto, the Corby town mayor, is doing well for himself, but a president battling crises on many fronts should be spending his time more productively than posing for pictures with tourists.

A few days later it turned out that the meeting between the crocodile and Chikoto was arranged by a known fraudster who uses Zanu mouthpieces such as our own version of the Pravda to spew out propaganda from the comfort of his home in England.

That is what you get when you invite every Jack and Jill to State House for photo opportunities.

You end up attracting stock thieves like that thug, who wanted to steal Hopewell’s goats in broad daylight and gold smugglers, including that one whom we were told is spearheading the so-called second republic’s international re-engagement efforts.

Clearly Zimbabwe is going nowhere with such leadership.

Have you noticed how visits by some “billionaires” from the east have become the clueless Lacoste gangsters’ latest propaganda tool?

‘Another billionaire investor flies in’, screamed The Horrid last week.

We were told Shashank Kumar was Ngwena’s guest.

I can assure you that was the last time you will hear about Kumar just like what happened to Nkosikhona Holdings, which exactly two years ago purportedly signed a US$5.2 billion deal  to produce eight million litres of liquid fuels per day from coal in Lusulu, Hwange.

Remember all those mega deals announced soon after the cowardly coup? What happened to them?

When they are confronted by a crisis like the currency conundrum the country is facing, the coup gangsters simply conjure up so-called mega deals and invite their “billionaire” friends to be their guests.

I warned you well before you went berserk kissing soldiers on the streets of Harare that this country was doomed if it fell into the hands of the Lacoste gangsters.

Five years after their power grab, more than half of Zimbabwe’s population is classified as extremely poor and Mthuli’s fiat currency is in free fall.

Our University of Oxford professor appears to be at wits end when it comes to the economy.

I can assure you, the worst is yet to come because as Gushungo told you, Ngwena has no capacity to run a country.

The former MDC mercenaries that “defected” to Zanu PF are trying too hard to fit in at their new home.

For a perspective, check the garbage being spewed by the likes of Tongai Matutu, Gabriel ‘504’ Chaibva and Simon Chidhakwa on Twitter on a daily basis.

They purport to be confessing to crimes they committed against the country while they were still opposition members.

Anyone who believes them will believe anything.

Only the redundant Joji continues to cheer them on Twitter as they make their dubious confessions.

Joji, like the Matutus of this world, is still trying to prove that he can be trusted after betraying Baba and will do and say anything to please his new masters.

Zimbabweans are sophisticated and cannot be swayed by kindergarten propaganda anymore.

Dougie and Rinda are living examples that voters are tired of clowns in politics.

Talking of Rinda, it seems she is still struggling to recover from the drubbing she got during the March 26 by-elections where she was rejected even by her own household.

When she is not picking fights with Zambians over a non-existent American military base or claiming that she rejected a US$1 million bribe from Washington, Rinda will be attacking other opposition leaders and twerking for Zanu PF.

I know Baba used to create opposition leaders just for fun, but he never produced anyone close to the dimwits they produce these days.

If you are paid by the ruining party to confuse voters the least you can do is to try to be sophisticated to justify the stipends from Shake Shake building.

With the deepening poverty expect to see double the number of presidential candidates that we saw at the last election as the likes of Rinda seem to have their eyes firmly on the Polad trinkets.

I have enjoyed following the beef between Dr Amai II and some naughty UK-based journalist.

He threatened to upload the video of the off-the-record interview with Dr Amai II before all hell broke loose.

The Horrid was forced to publish on the usual page two a story alleging that she was being blackmailed.

All sorts of threats were made against the media and other journalists that had absolutely nothing to do with the purported blackmail or video.

In a media statement on a government letterhead, Dr Amai’s office said: “If he carries out his threats, it will break the trust between the office of the first lady and the media, something that (she) doesn’t want to happen.”

I found the statement disturbing in many aspects.

Secondly, why were other innocent journalists being threatened over a matter that involved two people?

These are some of the red flags you need to pay attention to.

You were all claiming that I had staged a bedroom coup against Baba, but I never got to the heights that Dr Amai II is scaling now.

And you haven’t seen nothing yet!