Could genomics bring answers to the Siyachitema Covid-19 bloodbath?

Source: Could genomics bring answers to the Siyachitema Covid-19 bloodbath? – The Standard 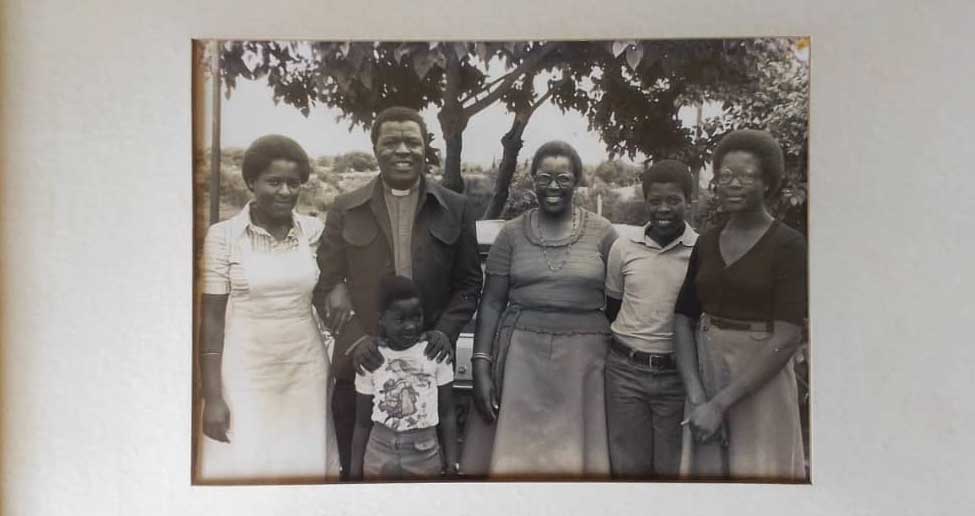 In 2021, the Covid-19 pandemic wreaked havoc in Zimbabwe. Many thousands of cases were recorded in the country with hundreds of fatalities occurring countrywide. One particular family lost six members within one month. For the Siyachitema family, 2021 was a difficult year.

“It felt as if the number of fatalities wouldn’t end” recalls Hilary Siyachitema who lost her father to the pandemic at the beginning of the year. His was the second Covid-19 related death in the family that was to be followed by many others.

The tragic Siyachitema story started on April 21 2020 with the death of Felicity Siyachitema, niece to Bishop Jonathan Siyachitema, who passed on in the United Kingdom where she worked as a nurse.

Felicity’s death seemed to have opened floodgates of grief in the family. The grim reaper brandished his scythe among the Siyachitema family leaving grief and broken souls in his wake. Six family members were wiped out inside 26 days and it is unimaginable how the family managed to hold on to sanity.

Felicity was followed by Fanuel Chester Siyachitema, who also succumbed to the deadly flu virus on January 05 2021. He was brother to Siyachitema. Then came the bishop’s two sisters, Lydia Esther Hankolwe and Judith Siyachitema-Bindu, who died within five days of each other on January 12 and 17 respectively, hardly a week after they had buried their brother Fanuel.

As if that were not enough for the beleaguered family, five days after Judith’s death, Bishop Siyachitema’s wife Rose lost her battle against Covid 19 on January 22.

And, even as the bishop was still grieving over the loss of his beloved wife the Grim Reaper turned up again at his doorstep seven days later, snatching away his youngest daughter Elizabeth.

Needless to say, the Siyachitema family was distraught and disillusioned. They had literally become common sight at funeral palours and cemeteries. Life became blank, meaningless and painful, but the Bishop had the duty to keep everybody  strong, to accept the Lord’s decisions.

But tragedy was relentless. Two days after they had buried Elizabeth, the Bishop’s third born daughter, the affable Rosemary Siyachitema, who was executive director of the Consumer Council of Zimbabwe, died too. The two sisters died from Covid 19 which they contracted while tending their mother.

Today, for members of the Siyachitema family, a key question has stood out and the family now seeks to understand the link between genetics and the dreaded Covid-19 virus.

What part did genetics play in the tragedy that the Siyachitema family experienced?

Since its inception, Genomics has promised to revolutionise the field of medicine by introducing more precise methods of understanding disease progression and drug efficacy in individuals and sub-groups within a population. So what is the genome, why has it promised so much and in the face of a worldwide pandemic has it delivered on any of its breakthrough promises?

The genome is the entire collection of an organism’s (you and me included) entire genetic information commonly referred to as DNA. This genetic information is a collection of the instructions for all physical and biochemical expressions of an individual where certain regions of the genome are specialized for different functions of the body. It is popularly (and correctly) known that genetic information is inherited from one’s parents. This heritability of genetic information is what brings about physical similarities within in a family as well as the similarities observed in the predispositions to certain disorders. This predisposition to diseases has been well accepted for non-communicable diseases such as cancer, sickle cell anaemia and diabetes, however genomics has also displayed that heritable traits play a major role in the susceptibility and disease progression of infectious diseases such as the dreaded Covid-19.

Viruses are unique disease causing agents (pathogens), as they require the host cells to multiply unlike bacterial and fungal pathogens that can do so independently of their host. In order to gain entry to the host cell the virus uses special appendages on its surface to attach to receptors on the host cell surface, this interaction may be illustrated as a lock and key effect for a cellular doorway. The SARS-CoV-2 virus is easily recognizable for its appendages that have come to be known as the Spike Proteins and these attach to our angiotensin-converting enzyme 2 (ACE2) receptors. In order for the ACE2 and the Spike Protein to interact, another host component found on the cell surfaces known as Transmembrane protease serine 2 (TMPRSS2) modifies both the Spike Protein and the ACE2 initiating the host-pathogen interaction.

What is the ACE2 receptor, how is it connected to the coronavirus and might it be key to treating Covid-19?

A piece of information in the genome corresponding to a single trait is termed a gene and genes are known to possess variations. These variations account for all the differences and diversities found in a population.  The TMPRSS2 like all other components of an individual are subject to the information within the genome. Research at the University of Duisburg-Essen, Germany has found that the smallest form of variation known as a single nucleotide polymorphism (SNP) exists in the TMPRSS2 gene resulting in three variants in the population. One of these TMPRSS2 variants was found to elicit increased Spike Protein and ACE2 activation activity, ultimately resulting in individual who possess this variant of TMPRSS2 being at a higher risk of SARS-Cov-2 infection. The variant has only been associated with an increase in infection risk but not disease severity, however if coupled with certain underlying comorbidities, advanced age or pregnancy, the TMPRSS2 variant may become a key ingredient in deadly cocktail.

On the flip side, a study in 2021 found that another variation in the genome offered individuals a faster viral clearance and experience the Covid-19 plague asymptomatically. This variation is found in what is known as the Human Leukocyte Antigen (HLA) region of the genome, a center specialized in the communication between cells on the state of pathogen infection. The variant that was found conferred an increased effect against Covid-19 is again a component on the surface of host cells what is hypothesized to have the ability of aiding the immune system more accurately in identifying the SARS-CoV-2 in the body. An increased immune response is what leads to Individuals with this variant are up to eight times more likely not to develop Covid-19 symptoms after infection.

Sadly, most of the research surrounding the influence of the host genome and Covid-19 infection is carried out in Western countries. Albeit their studies encamps as many demographics as possible, it is safe to say that the African demography is limited and findings surrounding such potentially lifesaving diagnostics and/or treatments are slowly translated and adopted for Africa. This phenomenon has been brought to light by our very own Professor Collen Masimirembwa, whose work has married pharmacology and genomics, seeking to ascertain optimal dosages of therapeutic drugs based on drug-cellular interactions influenced by unique African genetic variations.

The research surrounding Covid-19 and genomics is ongoing, facing its own set of challenges in the form of the constant virus mutation and the limitation of participants. However the field of genomics has shed light on one of the darkest chapters in modern history, giving plausible explanations for some inexplicable losses of life and hope for the protection of those most vulnerable.