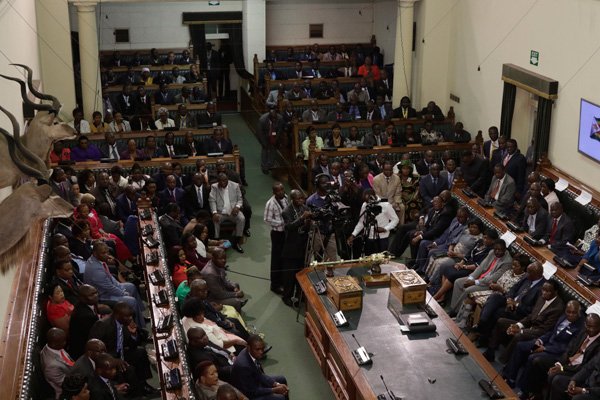 Human Rights Watch (HRW) has criticised the Education Amendment Bill of 2019, which it says falls short in addressing key issues such as guaranteeing free primary and secondary education to all children.

The HRW also says the Bill does not guarantee inclusive education for those with disabilities, among other issues, despite section 27 of the Constitution, stating that it is compulsory for the State to make basic and tertiary education free.

In an open letter to Priscilla Misihairabwi-Mushonga, the chairperson of the Parliamentary Portfolio Committee on Primary and Secondary Education, the international human rights organisation said the Bill does not sufficiently address five key issues.

“It should explicitly guarantee free primary and secondary education to every child. It should include the right to inclusive education for those with disabilities and to students who are pregnant or are parents. The Bill should guarantee protection from all forms of violence in schools and include a requirement to provide comprehensive sexuality education,” HRW said.

“Inclusive education requires educating children and young people with disabilities in mainstream schools in their neighbourhood with supplementary aids, support, and services, known as reasonable accommodations, if necessary.

“Experts say it is the best way for governments to guarantee the right to education to everyone without discrimination.”

The Bill has triggered an uproar with stakeholders, who include parents and legal think-tanks such as Veritas, questioning various sections, particularly the one on free education.

HRW said the Bill’s current focus on “State-funded basic education” does not include an explicit guarantee of the right to free education.

“The Bill should state that primary education for all learners, including those with disabilities, is free and immediately realisable, and that free secondary education is available and accessible,” the HRW said.

In the letter, the rights watchdog also called on Parliament to strengthen the Education Amendment Bill of 2019 to address every child’s right to a quality primary and secondary education.

The organisation also called for several changes to the current draft. These changes, it said, are needed to ensure that Zimbabwe complies with its international and regional human rights obligations, as well as its commitments under the United Nations Sustainable Development Goals.

HRW recommended that Parliament adds to the Bill explicit protections from other forms of school-related gender-based violence, including sexual abuse and exploitation, adding that many children are left out or drop out of school because of fees, discrimination, or violence in schools or homes.

“A stronger Education Act will clarify the government’s obligations so that all children across the country can realise their right to learn in safe and inclusive schools,” said Elin Martinez, the children’s rights researcher at HRW.