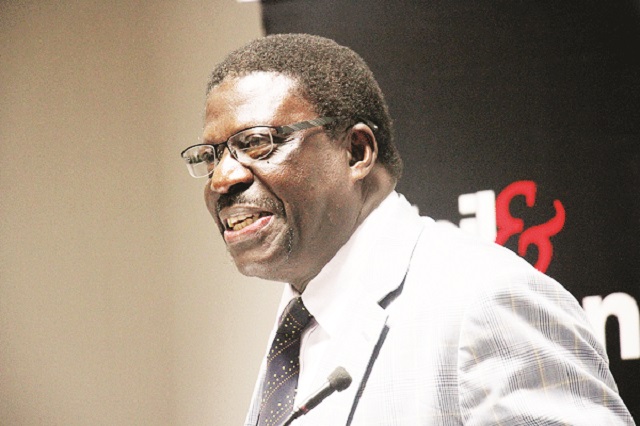 Dumisani Nsingo, Senior Business Reporter
THE Ministry of Industry, Commerce and Enterprise Development is in the final stages of completing the formulation of the Local Content Policy aimed at consolidating gains recorded under Statutory Instrument (SI) 64 of 2016 and previous legislations aimed at protecting the local industry.

Industry, Commerce and Enterprise Development Minister Dr Mike Bimha said the ministry has held a number of consultations with various stakeholders with a view of seeking their input in the formulation of the Local Content Policy.

“We have said before that we are now moving into coming up with a policy on the local content and we have held several consultations and we continue to consult. We have had the press presentation of the consultations so far and we are now moving into the final stages of this policy. We are working together with the private sector, with the Buy Zimbabwe campaign and other interested parties. So we should be seeing this coming into fruition very shortly,” said Dr Bimha.

Buy Zimbabwe serves as the secretariat of the Local Content Project chaired by the Confederation of Zimbabwe Industries (CZI) and comprising key institutions such as the Ministry of Industry, Commerce and Enterprise Development, Zimbabwe National Chamber of Commerce (ZNCC), Retailers Associations, Farmers Associations, Consumer Council of Zimbabwe, and the Ministry of Finance and Economic Planning.

Buy Zimbabwe chief executive officer Mr Munyaradzi Hwengwere said the policy was likely to be embraced by captains of industry and the public as consultations have been made with various stakeholders before its implementation.

“The Minister (Dr Bimha) of Industry (Commerce and Enterprise Development) has put up a committee because his view is that this (process of formulating the policy) must be driven by the private sector. So he put up a committee made up of the private sector that include CZI, ZNCC and Chamber of Mines of Zimbabwe and all the leading private sectors and Buy Zimbabwe is a secretariat . . . We are very happy with the work because it is coming with full support of Zimbabwe’s private sector and they have given their input. So there will not be a situation where people will say this is a Government policy and we were not consulted,” Mr Hwengwere said.

He said the local content policy was broader based than SI 64 of 2016 which seeks to curb the influx of imported goods into the country.

“It (local content policy) is broader because SI 64 (of 2016) was just looking at tariffs and import management and this one is anchored on industrialisation, percentile of a local product and therefore you find out that tariff issues become one of the components. It also looks at public and local procurement . . . reducing cost of doing business as well as how local products are more comparative to foreign ones,” said Mr Hwengwere.

In June 2016, the Government introduced interim measures that were aimed at reducing the trade deficit and resuscitating local industry, whose performance had been immensely affected by the influx of imported products.

The most notable of these was the gazetting of SI 64 of 2016 which regulated the importation of selected products, by removing them from the Open General Import Licence (OGIL).

The local content policy is expected to stimulate use of local factors of production, such as labour, capital, supplies of goods and services, to create value in the domestic economy and hence expand the industrial sector.

“We need to increase our exports and reduce our imports. We need to create jobs and wealth and we need to take advantage of the new (political) dispensation’s mantra of Zimbabwe is open for business. You know the threat when we say Zimbabwe is open for business and we don’t create a condition for those foreign businesses. They (foreign investors) must come to Zimbabwe and domesticate that business because at the end of the day even if it’s a foreign business, jobs are created in Zimbabwe,” said Mr Hwengwere.

He said the local content policy would play an integral part in ensuring the Government fulfils its vision of ensuring that the country attains middle income economy status by 2030.

“The local content policy is the foundation that ensures that Zimbabwe is open for business and the middle income status as a country by 2030 is realised. There must be a reason why we need foreign investment, so that it helps to create jobs and wealth and the framework for that is local content policy. So it is very urgent,” said Mr Hwengwere.