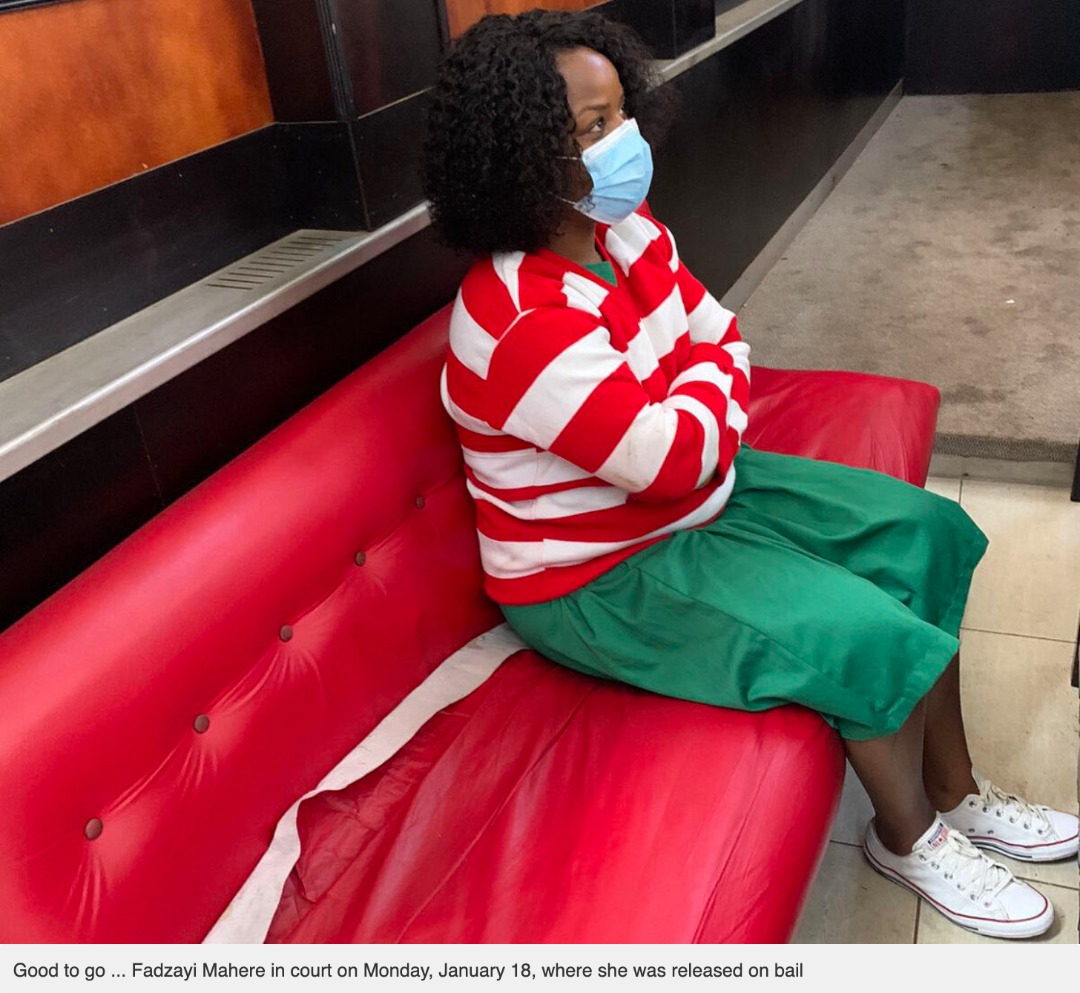 Advocate Mahere, who was arrested on Monday 11 January 2021 by
Zimbabwe Republic Police (ZRP) members and charged with publishing or
communicating a false statement with the intention of inciting or
promoting public disorder or public violence or endangering public
safety as defined in section 31(a)(i) of the Criminal Law
(Codification and Reform) Act, had spent seven days in both police and
prison detention.

But Magistrate Utahwashe on Monday 18 January 2021 dismissed the
state’s opposition to her release on bail and ruled that there were no
cogent reasons presented by prosecutor Charles Muchemwa during the
bail hearing to warrant depriving Advocate Mahere of her liberty and
keeping her in prison until commencement of her trial.

Magistrate Utahwashe ruled that Advocate Mahere’s conduct in
presenting herself to ZRP members at Harare Central Police Station,
where she was eventually arrested and detained is not consistent with
a person who is a flight risk and who would abscond standing trial.

The Magistrate stated that the penalty provision provided if she is
convicted cannot induce anyone who is a lawyer to abscond trial.

Magistrate Utahwashe said it was the conduct of ZRP members who
reportedly roughed up a woman and her baby which attracted the
interest of the public to a video which was allegedly circulated on
social media.

Advocate Mahere, Magistrate Utahwashe ruled, is not a holder of a
previous conviction and has not been convicted yet on the charges of
participating in a gathering with intention to promote public violence
of which she was arrested in July 2020.

Besides ordering Advocate Mahere to pay RTGS$10 000 bail, Magistrate
Utahwashe also ordered the legal practitioner to report once per week
at Avondale Police Station, not to interfere with state witnesses,
continue residing at her given residential address and to leave her
passport with the Clerk of Court at Harare Magistrates Court.
Advocate Mahere returns to court on 23 February 2021.