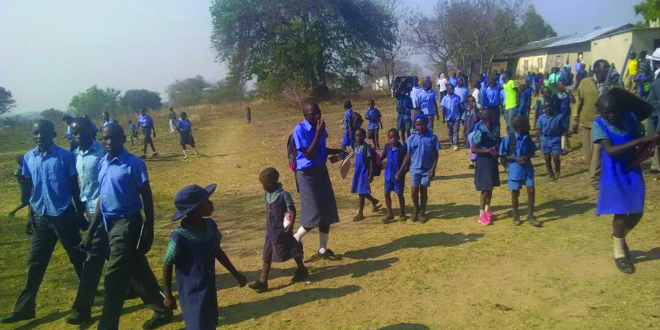 THE video of Waddilove High school students bullying another for not wearing a mask was heartrending.

This incident shows that bullying is a major problem in our schools and that the problem is far from over. Bullying at school is a phenomenon that occurs at almost all schools in the country, although prevalence rates vary.

Bullying has become dangerous, traumatising and continues to be a grave problem with severe consequences to schoolchildren, who cannot get over it easily if they become victims. It is hurtful to every pupil involved, from the targets of bullying to the witnesses and sometimes bullies themselves.

The Waddilove High School incident was just a tip of the iceberg that deserves to be nipped in the bud. This was not the first case, as many have been reported before, so there is need to take measures to stop future cases from happening.

There are well-known risk factors of bullying that affect schoolchildren. Bullying can make a school climate not conducive for some pupils to perform academically, because of the trauma associated with it. Many a time, children choose to abscond from school for fear of being victimised by other pupils. If bullying goes unchecked, the fear induced on victims by perpetrators is likely to take a toll on their performance.

Hence, the overall quality and character of school life need to be enhanced, with schoolchildren viewing it as a good place to be, where rules are fair, they are treated with respect and there is no victimisation of whatsoever nature. Schools are struggling to take a stand against bullying, but I think it calls for concerted efforts from school authorities, parents and government to put up a spirited fight against bullying.

Action is needed to end bullying in schools and government should be on the forefront to put in place an anti-bullying policy for schools. The ministry should play a leading role in making broader efforts towards influencing student behaviour and improving the school climate beyond just disciplining perpetrators.

Government should work towards formulating laws and policies that protect schoolchildren from harassment and bullying. If the ministry takes a leading role to put in place laws and clear policies, it will be easy for schools to provide some form of orientation to students to help them recognise, appreciate the dangers and associated with bullying and the need to seek help urgently.

The laws and the consequences for breaking the rules should be clearly spelt out so that students know what will happen if they engage in certain behaviour.

Families matter too playing their part to end bullying in schools because it sometimes arises from harsh parenting or sibling bullying at home. Many people are involved in children’s lives.

So, students and parents should be educated about bullying and provided with the means of seeking help. Children are likely to flourish when parents and guardians nurture them, offer them strategies to help them regulate their feelings.

When parents and teachers work together, a big difference can be made in children’s lives. Communication with parents about their child’s behaviour at school, whether their child is a culpable or victim of bullying, can work wonders in a bid to end bullying in schools.

Thus, teachers need to build rapport with the parents of their students because keeping them informed about their child’s behaviour at school is an important tool in addressing the child’s conduct and provide consistent approaches to curb bullying.

Also, teachers should have open communication with students so that they feel free to talk to them about their problems such as bullying. They should hold classroom and dormitory, in case of boarding schools, meetings as a way to provide students with a platform to talk about school-related issues beyond academics.

This can be a method that teachers and other members of staff can use to gather information and stay informed about what will be going on in students’ lives at school. These meetings should encourage students to report cases of victimisation because many a time schoolchildren are afraid to report bullying.