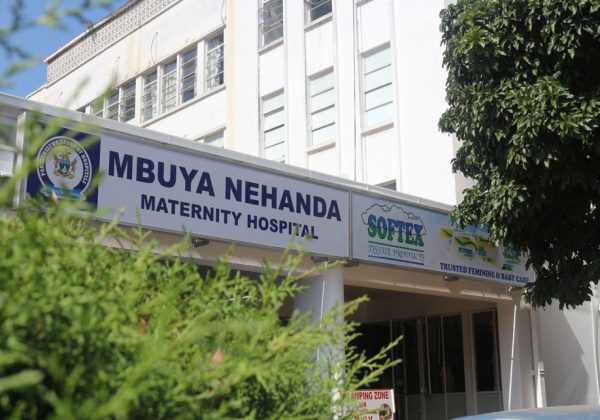 IN a shocking turn of events, pregnant women are sleeping on the floor at one of the country’s biggest hospitals, Parirenyatwa’s Mbuya Nehanda Maternity Hospital as the public health facility fails to cope.

A recent visit by NewsDay to the facility exposed use of floor beds to accommodate pregnant women because the wards were full.

Those that managed to get space were, however, grateful that they had been admitted.

“I count myself lucky because I got admitted. I cannot afford private care so this is the only option,” one expecting mother said.

As the COVID-19 pandemic eases and normalcy returns, the facility has recorded huge numbers of pregnant women, forcing the authorities to create makeshift beds on the floor.

Responding to queries from NewsDay, Parirenyatwa Group of Hospitals spokesperson Lenos Dhire admitted that the institution was overwhelmed by a high number of expecting mothers.

“This has resulted in creation of floor beds to accommodate all the mothers.  In our view, this is a result of a weak referral system due to malfunctioning of the City of Harare clinics,” Dhire said.

He said the free user fee policy to some extent was also contributing to the influx of maternity patients as they avoided council clinics which charge a fee.

“Some mothers come in as walk-in patients when they are already in labour.  As a government hospital, we do not turn away any maternity case at Mbuya Nehanda Maternity Hospital. We ensure that everyone who comes is attended to. Under normal circumstances, as a referral hospital, we are supposed to attend to complicated cases while simpler cases are attended to at municipal level,” Dhire said.

He said the ideal nurse-to-patient ratio in the labour ward is 1:1,   but currently they were making do with the staff that they have.

“There is a high turnover of midwives, but the available staff is working hard to offer an acceptable level of service to the expecting mothers. As of today, (April 5, 2022), we have 118 expecting mothers against a capacity of 96. We also have 81 babies,” he said.

Dhire said management at Parirenyatwa had put in place measures to ensure adequate coverage in the maternity unit by deploying registered general nurses to support the midwives while they are being trained on the job.

The situation at Mbuya Nehanda comes at a time when there have been disturbing reports from South Africa which indicated that some of the pregnant women who were featured in viral video sleeping on the floor at Rahima Moosa Mother and Child Hospital in Johannesburg were Zimbabweans.

The pregnant women had been sleeping on the floor for more than three days.