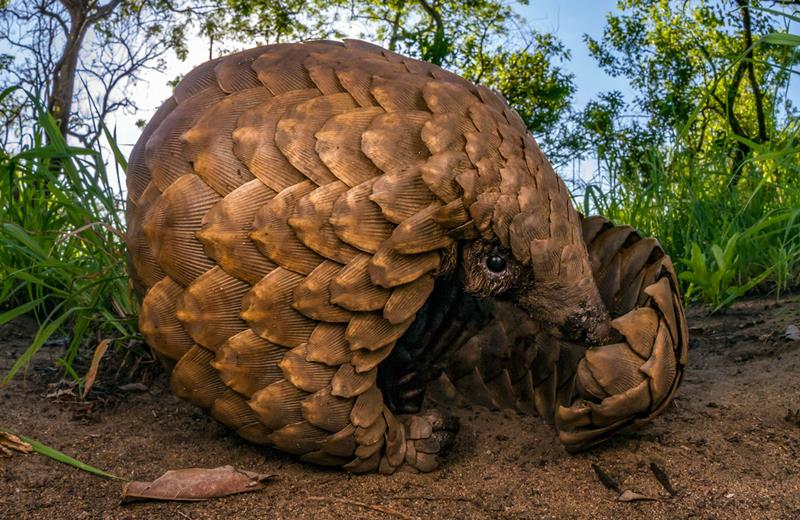 In a landmark ruling by two High Court judges in Masvingo, the
mandatory nine-year jail term for anyone found in illegal possession of a
pangolin has been quashed and replaced with a three-year sentence or a
level eight fine of $500.

Justice Garainesu Mawadze and Justice Joseph Mafusire concurred in their
ruling made recently that suspects have all along been improperly
sentenced to nine years in jail for possessing pangolins.

They said there was a wrong reading of the law, hence wrong sentencing of
convicts.
They said under the law, a convict is only given the mandatory nine-year
sentence if the case involves the killing of a rhinoceros.
Any other specially protected animal attracts three years or a $500 fine.

The ruling is likely to open the floodgates as there are scores of people
in the country’s prisons who have been sentenced to nine years for
possessing pangolins.

Justices Mawadze and Mafusire made the ruling when an appeal was brought
before them by Tatenda Mhango, Brighton Ngwenyama and Kudzai Ravangu Shava
who were trapped by the police while trying to sell a pangolin at Bhuka
near Masvingo for $5 000.

One of the three is a school teacher.
The three were convicted and sentenced to the mandatory nine years by
Masvingo magistrate Peter Madiba and appealed to the High Court.

The trio’s lawyer Charles Ndlovu argued that the pangolin was indeed one
of the 24 specially protected animals in terms of the Sixth Schedule of
the Parks and Wildlife Act and it’s on number six on that list.

Under section 45 (1)(b) and 45 (2) anyone who commits an offence by being
found in possession of or kill the specially protected animal is liable to
three years in jail or $500.

However, section 128 of the same Act says notwithstanding what any other
section in the Act, anyone found to have committed the crime involving
specially protected animals is liable to a mandatory sentence of nine
years.

The judges, however, noted that for an animal to qualify  under section
128, it must be specifically mentioned in the section as is with the
rhinoceros.

If it is not mentioned specifically then it must be contained in a
statutory instrument produced by the relevant minister.

The judges noted that the statutory instrument listing the pangolin as an
animal that is more special than the specially protected animals and
therefore falling under Section 28 in terms of sentencing does not exist.

The judges asked the State to produce the statutory instrument and it was
not found.

They also noted that the magistrate was notified of the absence of the
statutory instrument by the minister, but still went on to impose the
mandatory sentence.

“It is therefore my considered view that as the law stands, hunting or
possession of a pangolin does not warrant the special penalty provided for
in Section 128 of the Act until the minister specifies the pangolin by
name or in the Statutory Instrument.

“This means therefore that in the absence of such a Statutory Instrument
the sentence of nine years imposed by the court is incompetent and should
be set aside,” reads Justice Mawadze’s ruling.

“Parliament left it to the minister, through subsidiary legislation, to
identify any such other animal that might deserve extra protection as the
rhinoceros.

“Whether by design or dereliction of duty, the minister we were told, has
not put in place such a statutory instrument.
“So the nine-year penalty of Section 128 could not possibly apply to the
appellants,” said Justice Mafusire.