HARARE – Former energy minister Elton Mangoma was acquitted of criminal abuse of duty by the High Court on Wednesday after appeal judges ruled that a magistrate made an “incompetent” ruling in failing to acquit him at the end of the prosecution case. 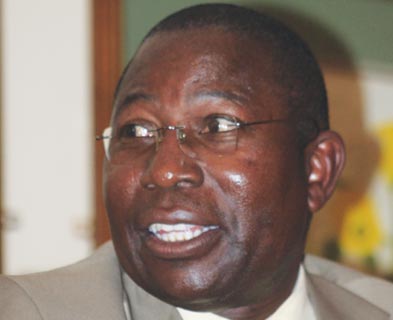 Mangoma, on trial since 2019, was charged together with two senior managers of the power utility ZESA over allegations of bypassing tender procedures in awarding a South Korean company a tender to supply switchgears in 2011.

The quartet were accused of conspiring to engage Techpro Company of South Korea to partner ZESA Enterprises, a subsidiary of ZESA Holdings, without going to tender.

They did not deny engaging Techpro, but argued that they never acted unlawfully because ZESA Enterprises was not required to have gone through tender processes as it was not a procuring entity, and Mutasa was not a public officer.

Justices Pisirai Kwenda and Benjamin Chikowero on Wednesday quashed the charges against Mutasa and Mangoma, faulting trial magistrate Francis Mapfumo for not doing so earlier.

The two judges ruled that Mapfumo erred by creating a new charge against the two, having cleared them of wrong-doing at the close of the state’s case, a move which they described as “incompetent.”

Inexplicably, the High Court found, Mapfumo had correctly ruled that prosecutors had failed to make a case against the trio because ZESA was not a procuring entity to which provisions of the Procurement Act and Regulations apply.

“What the court (Mapfumo) did was to clear the applicants of the criminal charges, and then prefer a new charge at the close of the state case. The charge is new because the applicants were put on their defence on conduct which was not the basis of the original charge,” said Kwenda in a judgement released on Wednesday.

“Introducing a fresh charge at the close of the state case was an irregularity so gross that it destroyed the legal validity of the proceedings.”

Kwenda said having exonerated the applicants at the close of the state case, the court could not competently order continuation of the trial on a new allegation.

He said a criminal trial commences with the charge being put to the accused who may plead or except to it. The defence outline and questions put to the witness in cross examination are all informed by the particulars of the charge.

Accordingly, at the end of the state case, the applicants cannot plead except or exercise all rights that accrue to an accused during a trial.

“In short, the proceedings a quo really ended with the magistrate’s finding that it was not necessary for ZESA Enterprises to go to tender. What should have followed that finding as a matter of law, was the pronouncement of the verdict of not guilty,” he said.

“There was no longer any defence case to proceed into, hence our intervention on the basis that it was grossly irregular to both effectively acquit the applicants and in the next breath still order that they be put on their defence.