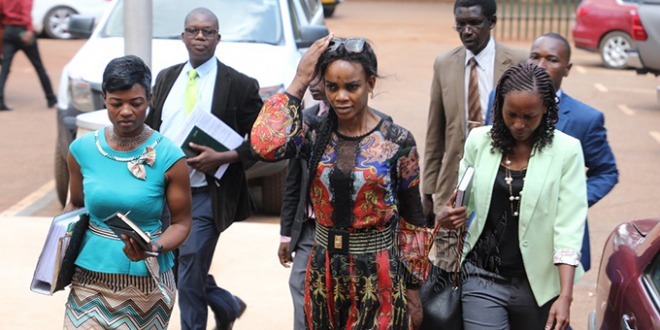 THE trial of Vice-President Constantino Chiwenga’s estranged wife, Marry Mubaiwa, on various charges, including attempted murder and money-laundering, failed to kick off at the Harare Magistrates Court yesterday after the State indicated that it was not yet ready.

Mubaiwa, who is also facing fraud and assault charges, appeared before magistrate Ngoni Nduna who postponed the matter to November 30 pending trial.

Prosecutor Charles Muchemwa told the court that her docket had been sent to Prosecutor-General Kumbirai Hodzi’s office for management before a trial date could be decided.

Mubaiwa’s lawyer Beatrice Mtetwa consented to the postponement, but asked the court to consider removing her client from remand if the State fails to provide a trial date on the day.

The State alleges Mubaiwa attempted to kill Chiwenga when he was last year flown to South Africa for medication before being referred to China.

She is also accused of assaulting her maid, Delight Munyoro, at Hellenic Primary School in Harare.

Allegations are that on January 26 this year, Mubaiwa assaulted Munyoro, accusing her of telling her child to detest her.