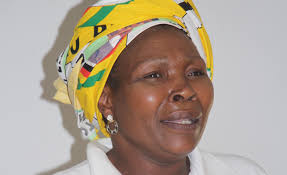 Matsikenyere, who is also Chimanimani West legislator (Zanu PF), addressed MDC councillors and management on Tuesday where she pledged to co-operate with them to improve service delivery in the city.

“Let’s work as a team regardless of political affiliation. We are going to work as a team so that we make our city and province great,” Matsikenyere said.

“As you are aware, Mutare City is the provincial capital so development starts from here and moves to other areas.”

Matsikenyere said she was happy that the local authority was now up to date with its workers’ salaries.

Under the leadership of former town clerk Obert Muzawazi, Mutare council workers had gone for over 20 months without receiving salaries.

Muzawazi resigned in 2016 amid allegations of corruption involving double allocation of stands, a charge he denied.