Mavambo.Kusile.Dawn (MKD) leader Dr Simba Makoni says despite the “chorus of congratulatory messages” it was clear, from the catalogue of irregularities raised by observers, that the poll was rigged.

Addressing the press Thursday, the MKD leader said the whole electoral journey was not conducive to the holding of a free, fair or credible election. 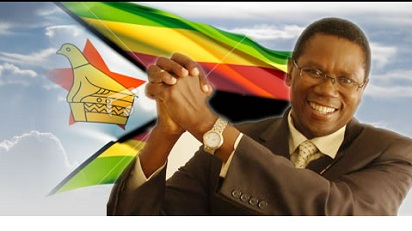 Makoni said the Zimbabwe Electoral Commission failed to ensure that Zimbabweans were able to register to vote, thereby disenfranchising millions of eligible voters.

Makoni also cited the atmosphere of intimidation that existed throughout the pre-election period, the inflated voters’ roll, and the way the Commission mishandled the mandatory 30-day registration period, as some of the reasons why his party was rejecting the poll outcome.

“Even up to today, we still don’t have an electronic voters roll, despite a court order,” Makoni said.

He commended all Zimbabweans for observing peace and turning out to vote in an orderly manner.

Makoni said his party, together with its ally the MDC-T and others, are in the process of compiling a list of all the irregularities which will be given to SADC as proof that the election was heavily compromised and rigged in favour of ZANU PF.

In the meantime, Makoni said the aggrieved parties will be pursuing all constitutional means to challenge the poll result, which he said did not indicate normal voting patterns.

The MDC-T is expected to lodge its ConCourt petition, challenging the election outcome, on Friday.