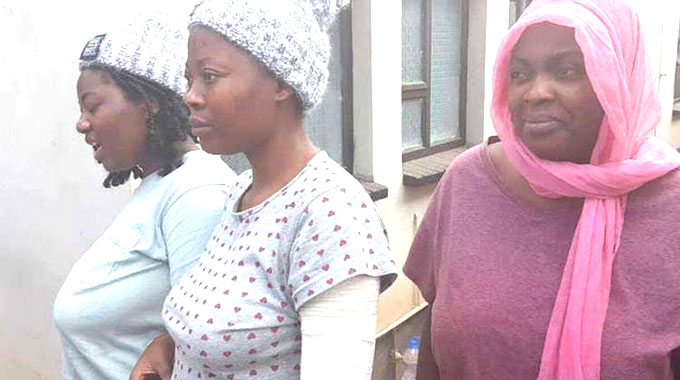 According to police, the trio were arrested after staging a flash demonstration outside New Government Complex.

“Zimbabwe Republic Police confirms the arrest of Joana Mamombe, Netsai Marova and Cecilia Chimbiri in Harare after a flash demonstration outside the New Government Complex,” he said.

“The trio, who were in a Toyota Fortuner without number plates, followed a police vehicle with officers who had attended the scene and used abusive and obscene language on the officers, thus leading to their arrest.”

The trio claimed they were seized by State agents soon after their illegal anti-government demonstration in Harare’s Warren Park suburb.

The three were part of a group of MDC youths that defied the Covid-19 lockdown laws in the country and took part in the illegal demonstration.

While police were looking for them, social media chatter indicating the three had disappeared was observed.

Measures were put in place to locate them.

On the night of the 14th, the police were informed that the three had been located at Muchapondwa Business Centre in Bindura.

Police later arrested them for allegedly faking their abduction, as well as taking part in the demonstration during the Covid-19 lockdown period.

Mamombe, Marova and Chimbiri are on $10 000 bail each on accusations of publishing falsehoods prejudicial to the State through allegedly faking their abduction, and putting the blame on State security agents.