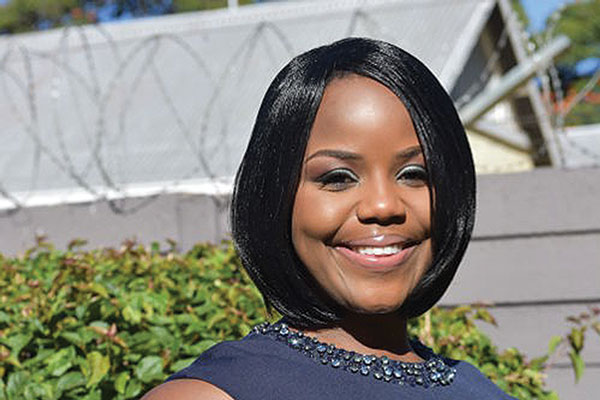 THE opposition MDC Alliance has hinted on a name change as MDC-T leader Douglas Mwonzora insists on using its name in the 2023 harmonised elections.

This has left the Nelson Chamisa-led MDC Alliance party with no other option, but to change its name.

The Zimbabwe Electoral Commission (Zec) recently announced that the first party to register under the MDC Alliance banner will enjoy the right to use that name in the coming polls.

MDC Alliance spokesperson Fadzayi Mahere yesterday told NewsDay: “One thing that I can assure everybody is that the MDC Alliance is the party for the people and goes back to the people who will make decisions. I can assure you that we are building something new, something fresh and that question will ultimately be answered by the citizens themselves.

“We never make elite decisions, and what I can assure you is that the people know their leaders. We can call the MDC Alliance the Anything Party, Peace Party or whatever it is, but people know who we are, and there is no confusion in the minds of the people on who the legitimate opposition is. All I can say is watch this space and that question will soon be answered.”

Mahere said the party was pushing for electoral reforms that included the demilitarisation of Zec.

“This is the time for us to go into elections when we have dealt with all necessary reforms. We want all the reforms; freedom of association, assembly and holding rallies freely. We want people to make sure Zec is fully independent, no older Zec,” she said.

“We want to deal with all those issues. We have our 20 key asks before elections are held; for example, we would like Zec to demilitarise its secretariat, we want alignment of the Electoral Act to the Constitution.  We also want the Constitution itself to be implemented, for example, media reforms.

“We want the de-politicisation of traditional leaders, de-politicisation of food aid and all those things that make the electoral playing field fair so that in 2023, we have reforms before elections; but yes, we will participate because we have the people and that is what is
important.”

The MDC Alliance has suffered a lot of setbacks after the MDC-T, with the assistance of the police and the army, took over the Morgan Richard Tsvangirai House headquarters of the party in Harare, and several other party assets before recalling over 40 MPs and more than 80 councillors countrywide.