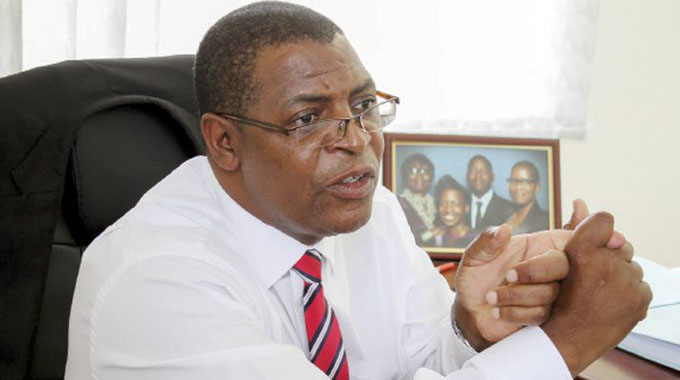 Bulawayo Bureau
DONOR fatigue which has hit the political NGO sector has also affected the MDC Alliance which is reportedly broke and has ordered its council and parliamentary candidates to fund their campaigns ahead of the watershed elections set for the end of this month.

In an interview on Monday, MDC Alliance spokesperson Professor Welshman Ncube revealed the party had not been able to print posters for its presidential candidate Mr Nelson Chamisa and is selling regalia.
The Alliance has since sent begging bowls to sympathisers.

An MDC Alliance insider said the coalition only offered to design a template which candidates should use for their own campaign material.

“However, the printing and funding for the campaign is supposed to be done by individual candidates,” said the insider. “That’s the reason why some of us have resorted to use cheap quality posters while others are still struggling to come up with the campaign material.”

The party insider said candidates were expecting funding from the alliance, as some of the alliance partners received money under the Political Parties (Finance) Act from the Government.
Prof Ncube dismissed the claims that the Alliance was broke.

He said the Alliance ordered its candidates to fund campaigns as they had to prove that they were enterprising to push their development agenda.

“Each and every candidate from day one, we always indicated that the candidate’s campaign should be self -sustaining and self-funding,” he said. “If you want to lead people, you must have the ability to lead in all the senses of the word lead, including being able to raise resources at your level, at the constituency level, at the ward level.

“If you can’t basically mobilise resources, you can’t fund-raise, you can’t get people to fund your campaign, what chance do you have to coordinate, find donors to fund your developmental programmes in your ward and in your constituency?”
Prof Ncube said the Alliance wanted self-reliant, enterprising leaders who were not spoon-fed.

He said seeking donations was an international practice, as political parties depended on their membership and well-wishers to run their campaigns.

“We are not awash with money,” he said. “No one is awash with money. We, like the people who support us, live from hand to mouth. We’ve enough money to sustain our campaign and we are now only left with four weeks. Surely, we can go to the finish line.”

Prof Ncube said the MDC Alliance resorted to selling its regalia at rallies to supplement campaign funds.
This is an unpopular stance in local politics as the electorate has been accustomed to being “given” the regalia at rallies like what Zanu-PF is doing.

“We have not been ‘donating’, you will notice that if we come to a national rally, somewhere at the entrance of the rally, there will be a person who will be sitting there selling party regalia at nominal prices, so that from them (regalia) we raise little money,” said Prof Ncube.

He said aspiring councillors and MPs had printed some of their posters and distributed their regalia.