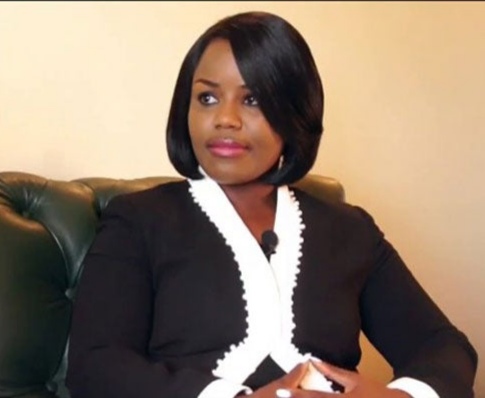 ZIMBABWE’S main opposition MDC Alliance says it has set its sights on mobilising six million votes ahead 2023, with the party refocusing to attract the elusive rural vote.

This comes at a time Zanu PF has gone for broke to woo voters, recruiting clergymen, social media influencers, musicians and artists.

The MDC Alliance, which narrowly lost to Zanu PF in the 2018 polls, garnering more than 2 million votes in the presidential race, says the rural vote will be crucial if the party is to win in 2023.

“The MDC Alliance has set a goal to secure six million votes in the next election and we have targeted that at least a third of these votes must emerge from our rural vote,” Mahere told The NewsHawks.

Mahere said the party was focused on consolidating and strengthening its presence in the rural areas.

Since its formation in 1999, the MDC has missed the elusive rural vote, with its supporters falling victim to state brutality, while Zanu-PF has often used food and violence to cow opposition supporters.

“Firstly, I would like to commend the people’s president, Advocate Nelson Chamisa, for his able leadership in driving our rural penetration strategy and making this one of our key result areas. Zanu PF uses falsehoods, force, abductions and violence to cow the rural population into submission. The communities are alert this time round and we are working with them to ensure that we vote for a people’s government. As a government in waiting, we are strengthening our rural structures, maintaining engagement and lending assurance that their vote will remove the regime from power,” Mahere said.

She accused Zanu PF, which controls the levers of state, of abusing national resources and humanitarian aid to sway the rural vote.

“However, we represent the aspirations of the people and that’s why we are championing their cause,” Mahere said.

While Zanu PF is already on the campaign trail, mainly in rural areas, the MDC Alliance has been accused of focusing on urban centres which often do not decide the presidency.

Mahere however said: “Our team recently visited Uzumba, Mutoko, Chisumbanje, Dinde, Chilonga where the regime is parceling out ancestral land to the Chinese firms and its local proxies against the will of the people. We have visited those areas and I tell you our strategy to secure their rights and lead the resistance is well on course.”

The MDC Alliance, which has over the past year been rattled by parliamentary recalls, a battle over the party’s name and the formation’s unceremonious removal from Morgan Tsvangirayi House by former secretary-general Douglas Mwonzora, is at its weakest.

Although he has denied it on several occasions, Mwonzora is believed to be a pawn in Zanu PF’s game to maintain a grip on power.

Riding on the parliamentary recalls of top MDC Alliance officials and amendments to the constitution, President Emmerson Mnangagwa is seen tightening his grip on power, nearly four years after grabbing power from long-time ruler Robert Mugabe.

The Covid-19 pandemic has also affected the party’s mobilisation programmes as the government banned political gatherings. Several MDC Alliance stalwarts have been arrested for campaigning during lockdown.

While the MDC Alliance is fighting for political survival, Zanu PF is already on the campaign trail.

“Currently, the party controls three rural district councils, namely Chipinge, Binga and Hwange. This number will only grow in the next election as we seek to increase this margin.Our strategy is to run an issue-based campaign and ensure community leaders represent these communities in Parliament and local government. Our rural strategy will certainly play an important part in our goal to win Zimbabwe for change,” Mahere said.

The rural vote has since 2000 been blighted by violence, with many opposition supporters hounded out of their homes, while some homes were torched at the height of politically motivated violence by the Mugabe regime.

The MDC Alliance however maintains that: “Our brand of politics is a contestation of ideas, not violence. Only individuals and organisations with no solution to problems use violence to coerce the people. It’s confirmation that they are in panic mode and lack popular support.”

“The movement has modalities in place to deal with violence. We will protect the rural communities from any form of violence and Zanu PF must know very well that violence has no place in a democratic society,” Mahere said.

Without being drawn into confirming the name change, Mahere said Chamisa will run his campaign under a broad alliance of citizens.

“We have consistently stated that we are building a broad alliance of citizens to win Zimbabwe for change in line with our Agenda 2021. We are building the new and all shall be unveiled at the appropriate time. There will be no confusion as the people know who their leaders are. The citizens are clamouring for a Nelson Chamisa presidency and this is what we shall deliver,” she said.