MDC Alliance too broke to pay for ads 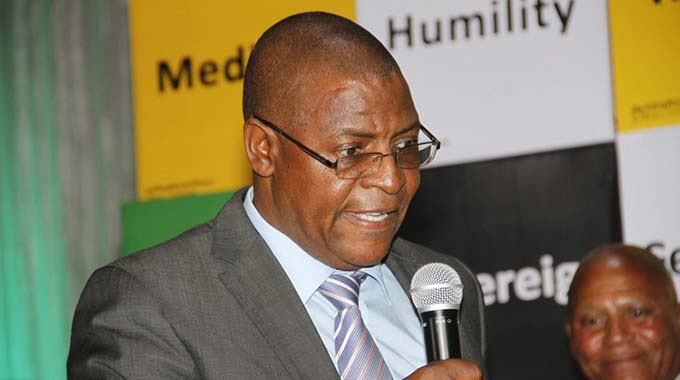 Zvamaida Murwira Senior Reporter
The MDC Alliance led by Mr Nelson Chamisa yesterday admitted it was struggling to raise money to pay for advertising slots availed by the Zimbabwe Broadcasting Corporation on both radio and television.

The opposition coalition now risks forfeiting the slots to other political parties the allocated airtime, if it remains unused as it cannot be banked.

In an interview yesterday, MDC Alliance spokesman Professor Welshman Ncube said they were running on a shoe-string budget that did not allow them to fund political advertisements on radio and television.

“We are living on a hand to mouth budget, and this is a daily thing. As of now no one has contributed towards that. But we have done posters and billboards and we will continue to appeal for donations. There is a finance committee headed by (Mr) Tendai Biti, which is working 24×7 to mobilise resources,” said Prof Ncube.

He said their major focus was to mobilise resources for polling agents to be used during the July 30 harmonised elections.

“Our priority at the moment is on polling agents. We have to train them so that they know what is required of them when they are deployed at polling stations. We are also looking for money so that we are able to pay them small allowances,” said Prof Ncube.

Deputy national treasurer for the Chamisa led MDC-T faction Mr Charlton Hwende also admitted in a post on his Twitter handle that they were yet to secure funding for political adverts.

“We are now putting billboards in some places. We still need support to put up paid adverts on radio and television. We would like to urge our supporters to continue helping us achieve real change by donating today,” said Mr Hwende.

One analyst said the MDC Alliance had no one to blame but itself for its failure to utilise advertisement space allocated to them.

“Their complaint that they were denied access to the media now falls away. They obviously cannot blame ZBC, the Zimbabwe Electoral Commission or even Zanu-PF,” he said.

Last week, the ZBC said it had allocated airtime to all political parties contesting in the elections as stipulated by the law and warned concerned parties that they would forfeit unutilised airtime.

In a statement, ZBC chief executive Mr Patrick Mavhura said the national broadcaster had taken the necessary steps as prescribed by the Constitution

He outlined the steps and processes they were taking to comply with the law, which included recording and broadcasting election programmes.

He said the ZBC News and Current Affairs had increased the daily coverage of various political parties’ activities, which are broadcast on radio and television news bulletins while the Marketing Department had reached out to political parties to submit their political advertisements.

This comes as Permanent Secretary for Information, Media and Broadcasting Services Mr George Charamba said Zanu-PF was paying for all political adverts being aired by ZBC.

Section 160H of the Electoral Act (Political Advertising in Broadcasting and Print Media) states all political parties should be accorded advertising space by the national broadcaster, but such adverts should be paid for.

In an interview last week, Mr Charamba said the MDC Alliance should not blame the national broadcaster for its lack of funding to pay for the adverts.

He noted that the MDC Alliance had been struggling to campaign properly, as evidenced by their failure to purchase decent platforms for their candidate.

This was in reference to the embarrassing incident that saw Mr Chamisa falling off the stage in Hwange last month.

Mr Charamba said the MDC Alliance’s financial woes were there for all to see, as the party had failed to put up posters on trees and in newspapers.